This Week In Vexillology #258

April 28, 2018
I dug deep in the old flag reference guide this week, but I thought outside the box and I came up with a gem of a flag, so this week in vexillology, we're heading over to the Netherlands to take a look at the flag of Flevoland: 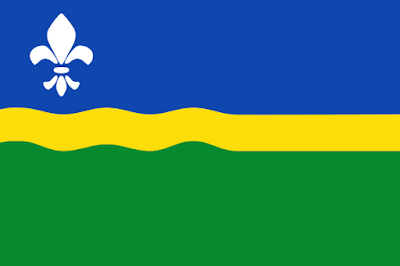 On the face of it, it doesn't seem like that big of a deal, right? It's a pretty basic flag. Three colors, green, blue and a nice little squiggle of yellow in the middle and a lily in the upper canton. But what makes the flag of Flevoland cool isn't the flag, it's the place itself.  The 12th and last province of the Netherlands it was incorporated in 1986, but what's crazy about it is that the land that makes up the province was only reclaimed in the 50s and 60s from where the Zuiderzee was.

Think about that for a second: a century ago, Flevoland didn't exist.

After decades of work, we ended up with this: 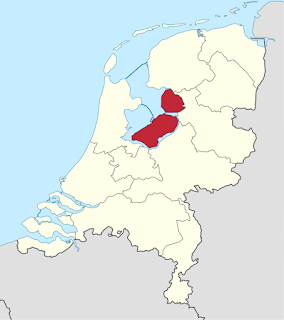 The current province of Flevoland has a population of just over 400,000. It's capital is Lelystad and it's largest city is Almere. The eastern and southern parts of the provinces only have peripheral lakes between them, which makes them the largest artificial island in the world. There's a saying: "God created man, but the Dutch created Holland." Flevoland is a perfect example of that.

The flag was adopted on January 9th, 1986 and is intended to recall how the province was reclaimed from the IJsselmeer. The blue represents the water, the green the land. The squiggle in the middle? It stands for the transformation of the sea into the land. The color yellow stands for the unfortunately named rapeseed, which was planted to stabilize the land. The lily is a pun commemorates Cornelis Lely, who designed the original polders that made up the province. He is also remembered in the name of the capitol of Lelystad.

And that's the flag of Flevoland! Remember, until next time keep your flag flying, FREAK or otherwise!

(The linguistic nerd in me can't help but love the name. It's original name was derived for a Roman name of a lake in much the same area, the Lacus Flavo. The 'flavo' means 'flow', so there's a distant cognate similarity between that and the Spanish verb for 'to flow', 'fluir.' In French, la flotte means 'float', in Portuguese, 'flow' is 'fluxo', Italian it's 'flusso'. For some reason my brain keeps going back to the Spanish word for rain, though, 'lluvia.')