Showing posts from June, 2021
Show all

June 19, 2021
The station didn't have a name. The actual living space inside was relatively small and could fit two dozen people at most, comfortably. Its docking bays were big enough to handle space-faring ships. Its obsidian exterior bristled with top-of-the-line, military-grade stealth technology from Terra. At the top level of the station, a man sat behind a desk. He had his feet up on the desk, wearing stylish if informal shoes, jeans, a plain blue t-shirt, and a sports jacket. He had many names, but his current employers knew him only as Mr. Hastings. A large bank of windows dominated the westward-facing wall of the room. The northern and southern walls were lined with bookshelves that groaned with books. Bibliophilia was one of the few vices he allowed himself and the delight he felt at finding what appeared to be the first edition of Nietzche's works still filling him. He turned the book over in his hands, admiring its cover and feeling the weight and the heft of it- and trying to fi
Post a Comment
Read more

June 12, 2021
Sarah was trying very hard not to cry. They were safe. Someone had rescued them. Alan extended a hand to her as she reached the edge of the lifeboat. "Thank you," she smiled. "You're welcome, miss," Alan grinned. "Told you we'd get some help." Two people were waiting for them in the cargo baby. One was a tall, lithe woman who was whispering something to a man standing slightly in front of her. He looked like the Captain: stocky, shaved head and an expression of world-weary irritation seemed to be etched on his face. Aboah was shaking his hand in gratitude. The woman behind him stepped forward.  "Is anyone hungry?" She jerked a thumb over her shoulder. "Injinia is cooking today and her yam soup is almost as good as the real thing." That was enough for the troubadours and the old man. They made a beeline for the galley and after a moment, Aboah joined them leaving Sarah alone.  "You don't want food?" The Captain aske
Post a Comment
Read more 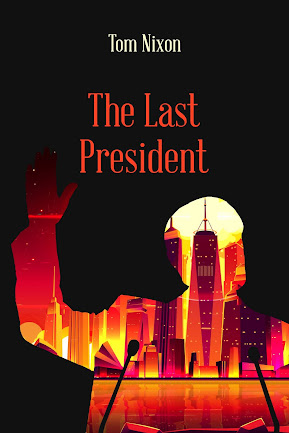 It's FINALLY HERE! I'm very excited and pleased to announce the release of my third book THE LAST PRESIDENT- it's available from multiple e-book retailers over here:  https://books2read.com/u/bwoAPY Or, if you'd prefer a physical copy you can head over here:  https://amzn.to/351PNLq (If you read it and are feeling especially generous with your time- and have hopefully enjoyed the book- please consider leaving an Amazon review or just a review anywhere would be great! Thanks in advance, dear reader!) ~~~ The last thing Zebulon Stanton ever wanted to be was President of the United States.  America's best days are centuries behind it. Nineteen states hide behind the Frontier Wall- an energy barrier of ancient technology controlled by The Order. Few people care for such an economic and political backwater. Yet enemies are on the march. A powerful General sweeps aside the fractured nations of North America. A dissident member of The Order stops at nothing to bring them d
Post a Comment
Read more 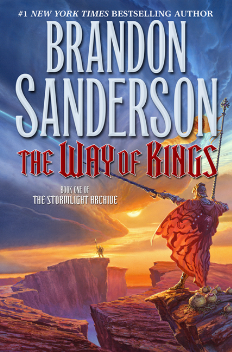 I figured if I liked Mistborn , I would probably like The Stormlight Archive , so without too much hesitation, I plunged into the first book of what's planned to be ten volumes (ten volumes? Dear God) of The Stormlight Archive and almost immediately regretted it. That's not to say it wasn't a good book. It was. And I'm sure- or at least I'm fairly sure- that once Sanderson has completed all ten volumes of this bad-boy then this series is probably going to give The Wheel of Time a run for it's money in terms of it's place on the Mount Rushmore of fantasy writing. Keeping in mind the epic nature of what I'm going to assume is a very, very, very, very long form story (and throw in a few more 'verys' since this first book is 1,024 pages long) I was willing to grade The Way of Kings on a curve. Sanderson's got a ton of groundwork to lay for the volumes ahead and it's pretty obvious that's what a large portion of this book was about- but
Post a Comment
Read more
More posts