In Defense of The EPB 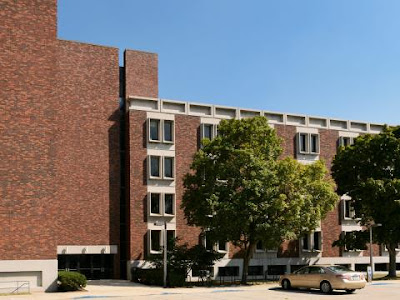 You ever see those random articles on MSN and click on them? They're usually inoffensive, charming things like, 'BEST BURGER IN EVERY STATE' or 'The Best State Fairs According To The People That Go To Them.' If you're bored, you click on them, work your way through- or, if you're like me, check Iowa and then Minnesota and not much else- and then move on with your day. But one of these random MSN articles ticked me off a little bit ('The ugliest building in every US state, according to people who live there'), because not only did it label the English-Philosophy Building as an ugly building- but it labelled it 'The Ugliest Building In the State of Iowa.'

Whoa there, MSN. Them's fighting words, because I'm here to tell you: the EPB isn't even the ugliest building on the University of Iowa Campus, never mind in the whole damn state.

Before we get to why MSN is wrong and should just sit there in it's wrongness, we should also probably talk about the other buildings on the list, because while some of them are genuinely ugly, others really aren't that bad- so the methodology behind this list seems questionable at best. For instance, The Denver International Airport is Colorado's ugliest building? Come on now. The Hesburgh Library at Notre Dame? Any aesthetic ugliness of the building itself is automatically cancelled out by Touchdown Jesus. So the list itself is questionable and I think that's partially because judging architecture is kind of a subjective thing when you get right down to it. There are some truly hideous buildings on this list. But purpose also matters: government buildings aren't built to be aesthetically pleasing, so really, you shouldn't be expecting that when you go into one.

But the EPB: built in 1966, it is, as everyone who has even the slightest bit of knowledge about campus knows, infamously riot-proof. (Why riot proof? Well, there were a lot of riots back in the day.) Exactly how much of that statement is true, I don't know- I've been told the roof can handle a helicopter (presumably so faculty members could huddle together on the roof to be the last folks out ahead of the rampaging student radicals back in the day) and I've also been told there used to be a cafeteria in the basement. What I do know is that no windows above the basement open, the windows are narrow and sort of set back- presumably making them harder to smash- and the top floor, where all the offices are at can only be accessed by pretty narrow staircases and either end and the elevator, which I would guess makes it easier to block off/barricade.

So for a start: it's riot proof. Freaking riot proof! (And while this plaintive complaint to the Daily Iowan asserts, 'I have no reason to riot.' Recent experiences on campuses suggest that riots are still all too possible and it never hurts to be prepared.) The official University description of the building talks a lot about things like Modernist architecture and uses vaguely squirm inducing terms like 'rectilinear geometry', but really, the building was a product of it's times. Brutalism and modernism rubbed shoulders while the EPB was being built and while the idea that a lot of campus buildings from this era were design to thwart riot attempts might be a stretch, in the case of the EPB, it's not. (It's probably also worth noting that there's some pretty solid literary history tied up with the building- plus, why you gotta hate on a building that scores a reference in John Irving's The World According To Garp?)

Is it the most attractive building on campus? No it's not. But it lacks the dated concrete ugliness of buildings like Hardin, the age and rickety appearance of buildings like Med Labs or the inspired lunacy of places like Bowen Science. It's a perfectly adequate, entirely vanilla building- at least from the outside. The interior does leave something to be desired: it's hallways are dark, it's classrooms are fairly dated- but it's also the home of the English and Philosophy Departments, so I like to imagine a lot of salty, bitter inner darkness of the occupants that is reflected in the buildings interior.

Are there uglier buildings on campus? Hell yes there are! Hardin Library and it's brutalist concrete angles come to mind. Despite the Dental Science Building allegedly looking like a tooth of some kind, it's not the prettiest building either. But if you really want a strong contender for the ugliest building in the entire state of Iowa, then the Mustard Yellow Windowless Borg Cube of the Century Link Building is my nomination. What an eyesore! 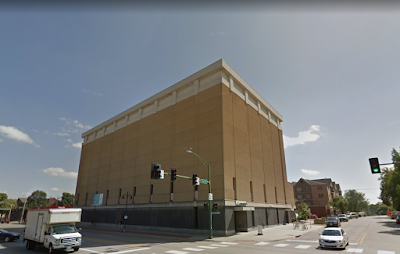