This Week In Vexillology #254

March 31, 2018
We're going back into the Lost Archives from the Unfortunate Wordpress Experiment to have a Lost Weekend In Vexillology... this time we're heading across Britain and back into Europe to knock off the last of our European flags with Luxembourg: 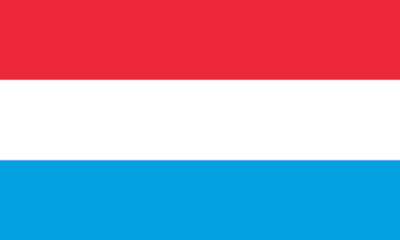 Here's the interesting thing about Luxembourg: it had no official flag until 1830, when the round of Revolutions that created Belgium and began the July Monarchy in France got the natives of Luxembourg interested in displaying their national colors. It wasn't officially defined as a horizontal tricolor of red, white and blue until 1848 and wasn't officially adopted until over a century later on when they made it official on June 23rd, 1972.

It's almost entirely identical to the flag of the Netherlands except the blue is lighter shade. 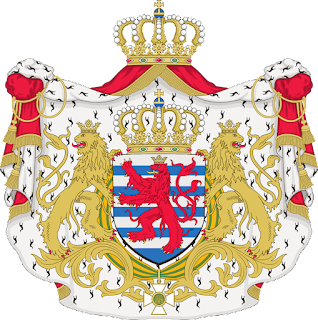 Well now, don't these bad boys look fancy? Very...  upholstered. This is the 'greater coat of arms' or the Royal Coat of Arms. Oh boy, the heraldry of Luxembourg is complicated as all heck. But the initial symbology dates all the way back to the 13th Century, when the evolution and combination of the arms of Luxembourg and Limbourg began. The royal frippery behind the arms aside, the lions supporting the shield. is described in fancy heraldric language like this: "Barry of ten Argent and Azure, a Lion rampant queue forchee Gules crowned, armed and langued Or." Whatever the heck that means, but at the very least, it shows you where the colors of the flag came from.