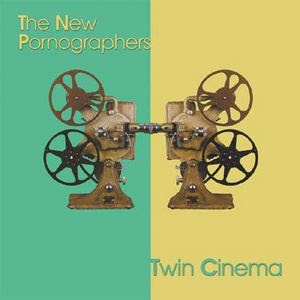 I was listening to The New Pornographers album Twin Cinema a couple of a weeks back and thought, 'I reviewed this album at some point, right?' I couldn't honestly remember if I had or not, so I went to the archives and attempted to find my answers and, incredibly, it seemed as if I hadn't actually crossed this one off of the list. There's no way to know for certain, as The Unfortunate Wordpress Experiment consigned many of my entries to internet oblivion, but I remember reviewing at later album of theirs, Brill Bruisers, but it seems incredible that I didn't review this one as well.

If you dig a little on Wikipedia, you'll find that, as a rock band, The New Pornographers are kind of interesting. They're described thusly:


Presented as a musical collective of singer-songwriters and musicians from multiple projects, the band has released seven studio albums to critical acclaim for their use of multiple vocalists and elements of power pop incorporated into their music.

One of these days, I'm going to have to back and listen to their entire discography. The thing that make me like this band and their albums I think is that collective aspect to their music- there's a variety of song styles and and a variety of vocals and instruments used here that somehow blends into a synthesis that is an excellent music to experience.

Twin Cinema is TNP's, third studio album and was released all the way back in 2005 and it probably ranks somewhere in my Top 10 list of favorite albums, if I'm really going to sit down and hash one of those lists out. The album opens with the title track, 'Twin Cinema' which immediately grabs your attention and sucks you in. It's followed up with 'The Bones of an Idol', a slower track and then 'Use It', 'The Bleeding Heart Show'. This is followed up by the oddly named, but charming: 'Jackie, Dressed In Cobras.'

I think other than the title track, 'The Jessica Numbers' is probably my favorite. The guitar hook alone grabs you by the the scruff of the neck and won't let you go. But it's the weird charm of the lyrics that I think gets me the most. 'Sing Me Spanish Techno', 'Falling Through Your Clothes', 'Jackie, Dressed In Cobras.' The words alone leave me with questions. Who is Jackie? Why is she dressed in cobras? Can one sing techno to another person? Is there something about Spanish techno that makes it singable?

Overall: This is a shitty, random review I've written of an excellent album that you should go listen too. This is one of the few contemporary/modern bands that I would absolutely go and see in concert given the opportunity. Would I buy it? Absolutely. In fact, I might have it tucked away somewhere downstairs. My Grade: **** out of ****