Psephology Rocks: The Most Interesting Election You've Never Heard Of

January 26, 2018
There's an election this weekend that's getting pretty much no attention in the American media (because, the President might have tried to do a thing sometime maybe possibly, we're not sure) and I'm honestly not sure how much attention it's getting overseas either- outside of the country in question that is. But to me, this is probably one of the most interesting elections you've never heard of in a country you probably weren't expecting. That's right: Cyprus is heading to the polls this weekend and it's kind of a big deal.

So, first, for those that don't know- here's Cyprus: 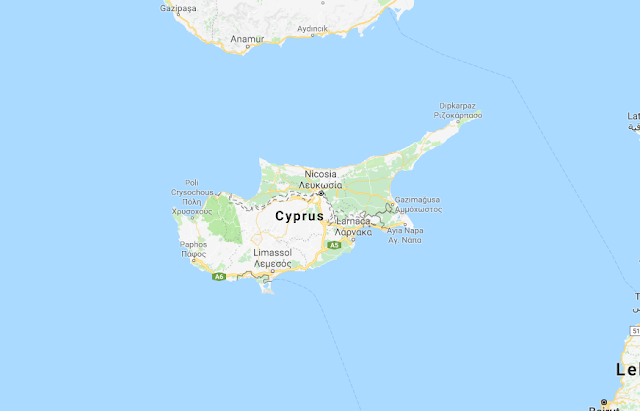 (If you're looking for an easy way to find it, well, find Turkey and head south. If you've reached Egypt you've gone too far.) You see the little dotted line running through the island? That dotted line is what makes this election so damn interesting to me, because you see since 1989, Europe's last divided capitol has been right there in along that dotted line. The northern third of the island is, in fact, a separate country: The Turkish Republic of Northern Cyprus. It's been that way since 1974 and isn't- as far as I know, anyway, recognized by anyone except Turkey. The southern half of the island of has remained as the Republic of Cyprus.

The Cypriot Conflict has fascinated me since my undergraduate days, when- and I wish I could remember which class this was- I wrote a paper on it. I know this is kind of a NERD ALERT thing to say, but it was one of the best papers I wrote as an undergraduate and damn it, I didn't even bother to keep it. My fascination was further deepened by stumbling across this article from all the way back in 2005 on the city of Varosha, which has remained sealed off and empty since the 1974 Turkish Invasion. (The description in the article sounds fascinating-- apparently there's a car dealership somewhere in there that still has models from 1974 just sittin' its showroom like it ain't no thing.)

But anyway: long story short, the conflict and division in Cyprus is kind of a big issue in their politics and the possibilities for peace are always on the agenda and this year appears to be no different. So how does it all work in Cyprus?

For President, it's pretty simple. They've got a five year term, which is renewable once for a maximum potential period in office of ten years. The vote is direct and popular- so there's no shenanigans with electoral colleges or anything like that. To win, you need to get more than 50% of votes 'validly cast.' If no one reaches that bar (and there are nine candidates for President this year, so you can see how this might be a possibility) then the top two vote getters head back to the polls the next week for a second round. (The wiki-page on this is oddly specific: it's the next week on the corresponding day. So if Round 1 is on a Friday, Round 2 is the very next Friday. Which is oddly specific, but kind of cool- depending on how many rounds you end up going- I'm assuming not more than two, usually.)

The Legislature gets a little more complicated. Terms are five year- same as the President, but it's a unicameral legislature, which I thought was a little unusual, but it's actually not. 59% of governments in the world are unicameral. (So, the more you know- I guess?) The number of seats is actually 80, but the 24 seats reserved the Turkish Cypriot community have remained vacant since the 1960s, so for all practical purposes, you've got 56 seats going on. Seats are allocated by proportional representation, and there are three observer members for the Maronite Christian, Catholic and Armenian minorities.

Their political party spectrum seems to mirror a lot of what you see under this set up- there are two bigger parties (Democratic Rally/DISY and Progressive Party of Working People (AKEL) but there's also the Democratic Party (DIKO) which came in 3rd in the last election with nine seats. Below that, Cyprus has five other parties that won seats at their last parliamentary election and at least four more that didn't. Digging into a little more, it looks like you've got to score at least 3.6% of the vote to get a seat. (If you want to get super-nerdy about it, they use the Hare quota to allocate their seats.)

So, what's at stake this Sunday when Cyprus votes? Well, peace for one. The prospects for reunification seem pretty dim, given the bellicose tone Turkish politics have taken of late. But the sectarian divisions that have haunted the country since independence show know sign of easing... when seats in the legislature are still reserved for Greek Cypriot and Turkish Cypriots instead of just 'Cypriots' then you know it's going to take a long time to overcome that history- but perhaps voters can make a start on Sunday.