This Week In Vexillology #222

July 29, 2017
We're wrapping up our trio of Gold Cup Doubleheaders this week with a country that was in the Gold Cup and another that's a CONCACAF member that didn't actually qualify, Suriname. First up, Honduras- which broke out of the group stage of the Gold Cup before running into Mexico in the quarterfinals where they lost 1-0. (Mexico, in their turn lost to Jamaica in the semi-finals to set up a Jamaica-USA Final.) 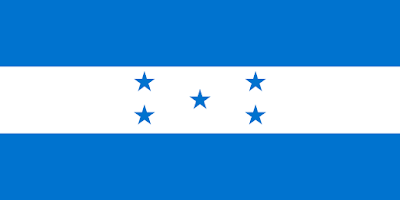 The blue and white combo is pretty similar to El Salvador- but we're also getting further away from Guatemala and their vertical tricolor as well. It was adopted on March 7th, 1866 for national and civil usage. It was (no surprise here) based on the flag of the Federal Republic of Central America. The flag was amended and the five stars in the center were placed their to represent the five original Central American provinces. The two blue stripes stand for the Pacific Ocean and the Caribbean Sea and the 'X' pattern the stars are arranged in represents the hope that the former nations of the Federal Republic of Central America would form a union once again. 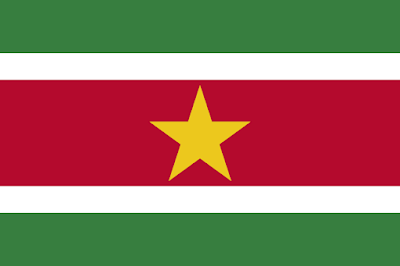 Getting away from the Central America design a bit, Suriname actually rocks a pretty good looking flag. It's not technically in Central America and true confession: I actually assumed that it would play in CONMEBOL and not CONCACAF, but I guess it's sort of folded into the Caribbean sub-region. It hasn't done much in the Gold Cup. Last time they actually made the tournament was 1985 where they crashed out in the Group Stages. They withdrew in '93 and '03 (not sure why) and either didn't enter or didn't qualify all of the other years. They've never made the World Cup and played in the Pan American Games once, in 1991 where they exited in the Group Stage.

Their flag was adopted on November 25th, 1975 after they achieved independence. (That was kind of late in the decolonization wave come to think of it.) The star in the center of the flag stands for unity of all ethnic groups, the red stripes are for progress and love. The green is for hope and fertility and the white bands stand for peace and justice. (Some more info, since I honestly don't know all that much about the place and neither do a lot of people I think: the general wiki-page and an article which asks the question we all want to know the answer too: Why Would Anyone Go To Suriname?)