July 26, 2017
We went to Colorado last month on vacation (if you didn't already know that by now) and after hitting up the Museum of Science and Nature in Denver, we hit up The Tattered Cover Bookstore before heading back to Tacos, Tequila and Whiskey for some of the best tacos I think I've ever had. 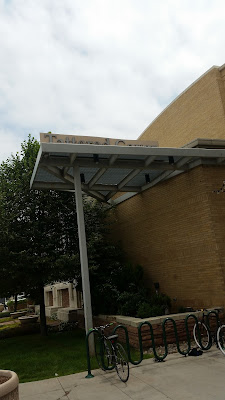 What surprised me first about The Tattered Cover was the size of it. It was positively palatial, with a downstairs, a main floor and a 'stage' area with a reading room/news stand toward the front of the store. It's the kind of place that you could easily get lost in and/or spend a lot of money in, but the thing that I liked most about it was the different 'areas.' It gives the impression that you could travel to different places while you were in the same store. I really dig that.

I'm not really sure how to describe where its located. The Colfax District/neighborhood is nice enough- very artsy/hipstery and interesting enough, but there's kind of a pedestrian mall/shopping area tucked in and around the store- you walk up to the entrance and there's a nice patio with seating where people can drink coffee and relax and the like. It really sets the tone for the store that you're about to walk into.

I think my personal takeaway from the place: if you can't find a place as big as The Tattered Cover, give the illusion of space. Make people feel like they're getting lost in your store (here locally, The Haunted Bookshop did a fantastic job of that in their old digs where The Northside Bistro is now- I honestly haven't checked out their new digs- which I feel like I probably should.) And while the kiddos were not at all enamored of perusing a bookstore- especially after having so much fun at the Museum- we didn't leave empty handed either: 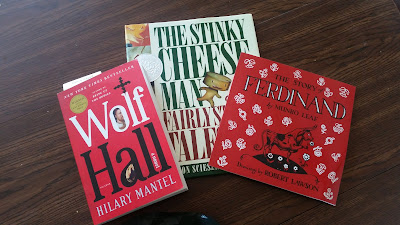 Wolf Hall has been on my list of books to read after seeing some of the excellent Masterpiece Theater adaptation. The Missus got the Elder Spawn convinced that we needed a copy of The Stinky Cheese Man and Other Fairly Stupid Fairy Tales and despite the Younger Spawn trying to insist on every Thomas The Tank Engine book he could get his hands on, I thought The Story of Ferdinand would be a nice addition to the boys bookshelf. (Especially after seeing that there's a movie coming out.)

I loved this place. If you're in Denver or close enough to Denver to get down there for a weekend now and again, go check this place out- and then go get the tacos.