This Week In Vexillology #159

March 26, 2016
We're still sticking around This Week In Vexillology and this time, we've got double trouble: 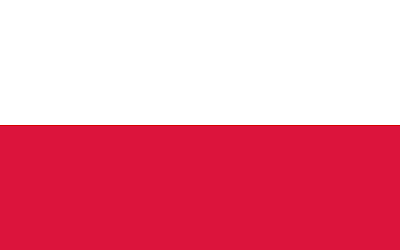 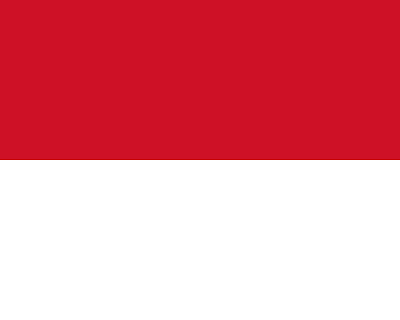 No, you're not seeing things- we've got the flag of Poland (up top) and Monaco (below it.) But, you know what- let's have so fun and make it a triple shot, shall we? Let's complete our happy little trifecta with this flag: 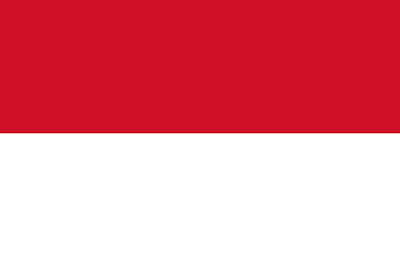 Confused yet? Let's start at the top of this little collection of bicolors with the flag of Poland. Adopted on August 1st, 1918 for national usage, the red and white colors have been around since the 13th Century- and were taken from the Coats of Arms and two nations that made up the Polish-Lithuanian Commonwealth. (And if you want historical proof that 'what goes around comes around' click that link and let your mind be blown by the fact that back in the day, the Poles and Lithuanians were the big dogs on the block.) While the colors were used since that time they weren't officially adopted as the national colors of Poland until 1831.

The white in the flag represents a desire for peace and the red used to represent socialism, but I'm guessing that's probably not the case anymore. (Just going out on a limb here.) Glancing through the WikiPage for the Flag of Poland, it turns out that the Poles have some pretty hefty laws about respecting their flag and rules about when to fly the flag.

Next up, we've got the flag of Monaco. It was adopted on April 4th, 1881 and the red and the white are taken from the heraldic colors of the Grimaldi Family, who have been rulers of Monaco since the 13th Century. Which brings us to the second party of this story: what the hell is up with Monaco? Well, the TL;DR of the whole thing is this: the name comes from a 6th Century Phocaean Greek Colony named Monoikos- and it ended up in the hands of the Holy Roman Empire, who gave it to the Genoese and it eventually ended up in the hands of a Genoese family called the Grimaldis. Who somehow kept the place independent through revolutions and wars and a dozen other things- with brief occupations here and there it's somehow managed to remain a little slice of paradise all by itself.

Rounding out the bi-color madness, the flag of Indonesia was adopted on August 17, 1945 for national and civil usage, the colors of the Indonesia were taken from the banner of the 13th Century Empire of the Majahapit and the colors were holy at the time- and remain important symbolic colors throughout the region today. The red in the flag represents the physical life (body) while the white in the flag represents the spiritual life (soul). (An interesting tidbit from the flag of Indonesia's WikiPage: red and white could have been around well before the 13th Century thanks to the availability of cotton (white is the natural color of cotton) and red dyes acquired from "teak leaves, the flowers of the Averrhoa bilimbi or the skin of mangosteen fruits.")

Well, I didn't set out to look at three flags this week, but it was just too much fun not too. Once you start looking at one you just can't stop! So that's Indonesia, Monaco and Poland- and remember, until next time, keep your flags flying- FREAK or otherwise!