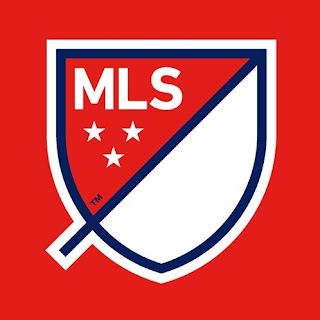 This is the year.

I know I say that every single year, but this really is the year. Last year was helpful- I narrowed the list down quite a bit, but this year, I'm going to do it. I'm going to pick an MLS Team to support. (I'm also angling for a Bundesliga team, but that quest might be placed discreetly on hold as we'll be officially cutting the cord and ditching our Direct TV this month and switching to Sling- probably in the next month or so- which maybe means BeIN Sports and all kinds of new goodies for me to consider.) Look, I want an MLS Team because I think it's important to support your domestic league if you're a soccer fan and for the first time, I think I can safely say that I am. (Pre-NBC Sports, I would say that I liked soccer, but it was quadrennial/biennial type of thing with the Euros or the World Cup being the highlights of my 'like' but now I can theoretically find soccer on my television every single weekend, I'd say that yes, I have crossed the line and become a fan. A rabid fan? Mmmmmmmmaybe...  but enough of a fan that it's important to me that I support my homegrown league.)

I caught a decent chunk of the playoffs late last year- (that game between the Seattle Sounders and F.C. Dallas was incredible) and saw a bit of the MLS Finals, but not as much as I'd like- so last year helped zero in on teams that I would be interested in. But there are also a few teams that I haven't seen on television yet and some more teams coming into the league that I could conceivable support as well, so I have some homework that needs doing as well. Teams I could get behind and/or need to look into more:(the ones in italics I want to actually see this season, the ones that aren't have the majority of my interest right now.)

Looking at it, that's really a depressing large number of teams- but when you consider that last season I hadn't really made an effort at all, I think I've come a long way baby. (Now there are teams coming online for Atlanta (meh), Miami (hmmmm), Minnesota (maybe) and another Los Angeles team (yeah, no). Of the new ones coming in the next few years only Minnesota intrigues me. But I also don't want to wait either... so we'll see.)

Of my core group of six, I would say that Columbus, Dallas and Kansas City are probably my top three right now. Geographic proximity is important to me (because I'd like to be able to conceivable go and see a game) but it's not a deal breaker either. Chicago for instance, hasn't been up to much of late in the league- and Portland is lodged on the West Coast- though it's fan culture alone would probably land it a slot on my bucket list. Orlando City, is way down on Florida- but was a lot of fun to watch last season- and while a visit to Dallas doesn't exactly appeal, the Missus does have relatives down there, so we could, conceivably in the future, be in Dallas.

(Of the non-core six...  I know people in Pennsylvania, so a trip to Philly isn't out of the question and I have a cousin lodged in Montreal- so again, an Impact game could also be in the cards. Colorado, Salt Lake City, San Jose and Toronto are more about getting my knowledge on than anything else.)

This is the year. It's going to happen. MLS Quest 2016 is officially underway...

(Sidenote: I don't know enough about NWSL to actually commit to a team, (yet)but I want to try and make an effort to track down and watch games where I can, because again- it's important to support your domestic league.)