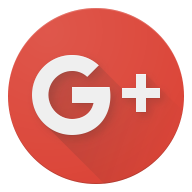 Google+ is officially dying tomorrow and I almost want to say that I'm sad about it- but honestly, I'm not. In fact, I think the kindest epitaph for it is probably going to be a bunch of people saying, "Google+, is that still a thing?" when the doors are closed at the lights turned out tomorrow. Such is the internet. Such is social media. So it goes.

The debates about social media are going to be with us forever- or at least until social media as a concept dies or evolves into something else. One thing that I've learned over the years that I wish more people understood is that you should never have all your eggs in one platform's basket- because that's a good way to get screwed when things like this happen. Obviously, in the case of Google+ I don't think there are going to be that many people who went all in on the concept, but there might be a few. Lives, memories and photos are all going to be gone- unless you've downloaded them to your home computer. (Which, admittedly, I haven't- because I've never done anything exclusively on Google+ or any social media platform for that matter. Always have redundancies built in, kids-- it's the best way to operate.)

I can't remember when I hopped on Google+ exactly, but I think it was soon after it launched- where there was a lot of hype and noise and clicks about it being a potential competitor to Facebook. It seemed interesting. The whole 'circle' concept (which seems to have evolved into 'Communities' over the years) was kind of cool. But I never fully embraced it, because nobody else did either. Back then, we didn't have the same debates over privacy and data that we're having now, but I think it was more of a tyranny of convenience thing more than anything else. All your friends were on Facebook, so you were on Facebook. Why change to some weird new platform?

There's a pretty decent argument to be made that one less social media platform in the world is a good thing, not a bad thing and I'd totally embrace that. Facebook is less of a time suck for me than it used to be. Reddit is easier to curate so I don't see shit I don't want to see and depending on what's going on Twitter can range from useful and informative to fun and chuckle worthy to rage filled, angst ridden dumpster fire- sometimes all in the same day. The somewhat sinister commonality between all these platforms is that you are their product. The time and content you put into the platform grows it and leads to clicks for advertisers and somewhere along the way, money gets made- just not by you- well, maybe you'll make some, depending on the platform. But Zuckerberg and Dorsey are the ones who really get all the money.

It's a catch-22 though. Social media has become one of the primary drivers of all public discourse and conversation in this county. We communicate. We connect. But we also are spending more and more time with our faces smashed into our screens and less and less time living in the moment and appreciating the present. A quick glance at a lot of social media platforms only underscores the problem. These platforms can be good, I do believe that. But if we use the cloak of internet anonymity to spread hate and conspiracy theories or harass women or minorities, then any quantifiable 'good' you can draw from connecting and learning from these platforms seems to get washed away. (Quilette did a recent series on this that looked at a variety of platforms that are out there-- it's worth a read. Joe Rogan also had Tim Pool and Jack Dorsey and Vijaya Gadde on for an extended episode of his podcast talking about Twitter and their shadow banning/banning controversies- it's a bit more of a time commitment, but worth a listen if these are issues you're interested in.)

The largest problem that I can see with all this censorship on social media is that it's not reflecting how discourse should work in a real life situation. If a real life person spouts off with something horrible or fairly transparently racist, we don't exile them to an island of misfit toys for their sins. We say (or we should say, rather) 'hey man, that's not okay.' We interact. We learn. We teach. That's how we get better as a society. And yes, I know, it's nowhere near that simple on social media or in real life- but it's a problem and the worst balancing act in the world and all these platforms are fucking terrible at it. (With the possible exception of Reddit, which might just be really bad at it- which isn't great, but probably a marginal improvement over Twitter- at least in my opinion.)

There's been video after video on this, but internet trolls never say it to your face. You point the camera at them and make them read their misogyny or racism out loud and they realize how awful it is. A lot of them do it just because they can. Radical transparency and removing, where possible, the shield of anonymity that clouds a lot of the garbage online could be one model. I don't think censorship, whether it's soft and relatively benign or hard or ideologically driven is the answer. I think it invites government regulation, which in turn, opens up a whole can of worms that may not end up being so tasty.

So, the future is going to be interesting at least. I'm already on Minds. I'm checking out MeWe to see what that's all about. Google+ has been one of the spokes of my social media presence for years now, so I feel it's only right to mark it's passing it- even if I'm not really all that sad about it.

Such is the internet. Such is social media. So it goes.