This Week In Vexillology #246

February 03, 2018
We're starting February with a dip back into the 'Lost Archives'- heading back to Africa for a double feature, this week in vexillology we've got Ethiopia and Eritrea: 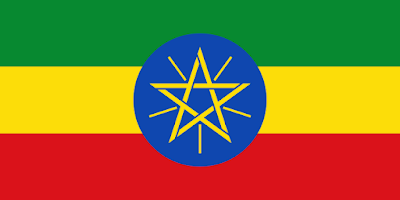 Adopted on October 31st, 1996, Ethiopia's flag is the original flag that set the design standards for so many other countries on the continent of Africa. The three traditional colors of green,  yellow and red date back to the beginning of the 20th Century. The green in the flag stands for 'the richness and fertility of the land', the yellow stands for 'religious freedom and peace' and the red stands for 'the sacrifice of our fathers, who spilled their blood in defense of Ethiopia.' The central emblem on the flag stands for both the diversity and the unity of the country. The blue in the emblem stands for peace, the star stands for diversity and unity and the rays coming out of the star stand for prosperity.

Right next door to Ethiopia, we've got Eritrea. Their flag looks like this: 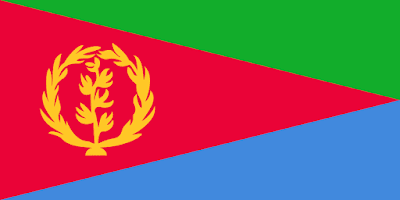 The flag of Eritrea was adopted on December 5th, 1995 and bears a passing resemblance to the flag of the Eritrean People's Liberation Front, which helped lead the fight for independence from Ethiopia. The green in the flag stands for the agriculture and livestock of the country, blue is for the sea (in this case, the Red Sea) and red is for the blood lot in the fight for freedom. (Interestingly enough, the flag's wiki-page cites an interesting interpretation from the CIA World Factbook, which points out that the red triangle imitates the shape of the country itself- which is an interpretation I'm totally down with, by the way. I'll buy into that.)

The wreath has it's own symbolism: derived from the 1952 flag, the wreath replaced the gold star of the EPLF- the number of leaves I guess was fluid up until 1995 when it was set with a grand total of 30 leaves- each leaf symbolizes a year spent in civil war before achieving independence.

I'll take a mild tangent here for a second...  the whole history of Ethiopia and Eritrea is kind of complicated and caught up first in the European colonization of the continent (which Ethiopia managed to avoid- maintaining it's independence and serving as an inspiration for the Pan-African movement across the continent) but most especially, the whole mess seems to have started in the immediate aftermath of World War II.

The Italians had designs on Ethiopia- but already had Eritrea- they conquered the former and added it's territory to the latter, but then the British came along and kicked them out after 1941 and placed Eritrea under military administration until they could figure out what to do with the place after the war. The Great Powers, in their wisdom post-war, sort of forced a shotgun marriage between the two countries after the war into a federation that was supposed to afford Eritrea democratic rights and a broad scoop of autonomy, but the distance between what was supposed to happen and actually happened turned out to be pretty big and Eritrea wanted independence anyway. They just took awhile to get there.

The two countries remain uneasy neighbors to this day- and these are their flags. Remember, until next time, keep your flags flying, FREAK or otherwise!