This Week In Vexillology #213

May 13, 2017
We're going back into the archives again, this time for another 'Lost Weekend In Vexillology' this time in Africa...  and if you're talking about flags of Africa, what better place to begin than with the country that started it all, Ghana: 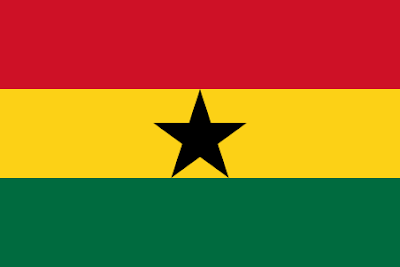 The Pan-African colors of red, yellow and green have had a huge influence on vexillological design across the continent- so much influence, in fact, it's almost too much, in my opinion. You can only have so many variations on one theme, you know? But Ghana was the second African flag after the flag of the Ethiopian Empire to feature these colors and while Ethiopia had remained free and independent and uncolonized by Europeans, Ghana was the first colony to declare it's independence and a wave of independence followed in its wake.

Designed by Theodosia Okoh it was adopted in 1957, flown until 1962 and the reinstated in 1966. (I haven't figured out if there was a reason for that brief interruption, but they brought it back- and good thing, too- because this is a pretty cool flag.) The red in the flag stands for the blood of those that died in the struggle for independence from Great Britain. The gold stands for the mineral wealth of the country and the green is for the rich forests and natural wealth of the country. The black star is a symbol of African emancipation and was taken from a shipping line (The Black Star Line) owned by Marcus Garvey.

From a design point of view, the monotony of African flags gets to me after awhile- as I said, you can only have so many variations one theme, you know? However, since Ghana was the first one over the line of independence, as it were- I give it a pass and actually really dig this flag. I think the black star is what sort of sets it apart from it's neighbors- it focuses the overall design of the flag and sharpens it up nicely. (To be honest: I've always wanted a flag of Ghana to add to my collection. I need to get on that.)

And that, in a nutshell, is the flag of Ghana.