September 24, 2016
Quick! Name the only two flags in the world to feature a building!

If you guessed Afghanistan for one, you'd be half right, but the other is our flag for This Week In Vexillology- that's right, we're continuing our grand old meander around Southeast Asia with the flag of Cambodia: 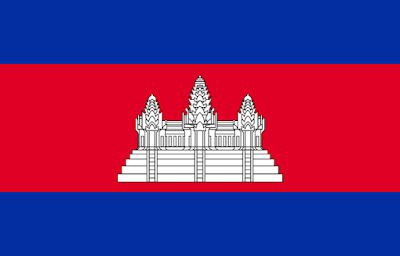 The building in question is, of course, the Angkor Wat, which has been on the flag of Cambodia in one form or another since 1850 or so. This particular flag was first adopted in 1948 and then readopted in 1993 after the restoration of the Monarchy. The first run of this flag last from 1948-1970, when the Khmer Republic was established. Their flag looked like this: 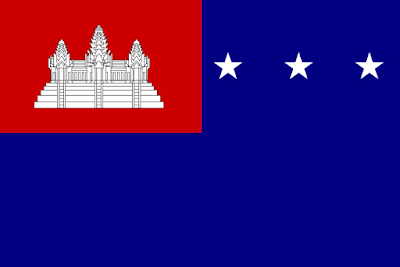 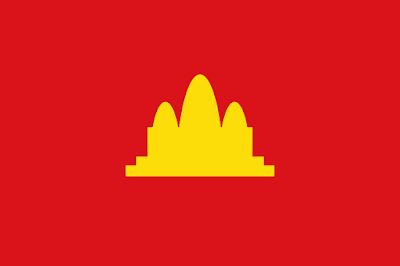 But wait, there's MORE...  Vietnam invaded and overthrew Pol Pot in 1979 and then they adopted this flag and changed the name of the country yet again! This time to the People's Republic of Kampuchea. 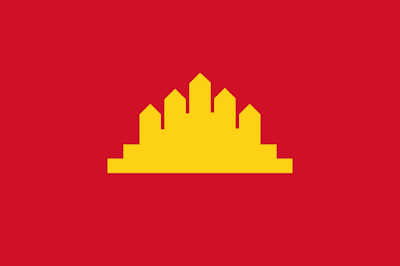 Then in 1989, the transition back to a politically unified Cambodia began, with the People's Republic changing the name of the country yet again! To the State of Cambodia while pursuing a peace deal with all Cambodian factions- to help facilitate the transition, they changed the flag yet again- to this: 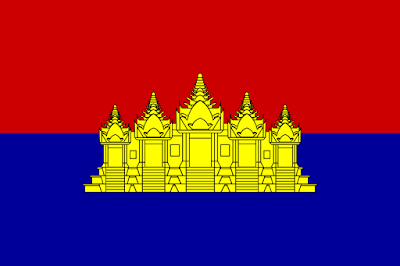 And that gets us back to the flag being readopted in 1993. So between 1970 and 1993, Cambodia went through four different flags before ending right back up where they began in 1948. Weirdly, the flag adopted by the Khmer Rouge regime (officially called Democratic Kampuchea) was also used from 1982-1993 by the Coalition Government of Democratic Kampuchea which was an internationally recognized government-in-exile consisting of the three main Cambodia factions.

In terms of the overall design of the current flag, it's pretty simple. The Angkor Wat is an important national symbol of Cambodia and red and blue have long been considered traditional colors of the country. What's even more impressive is that despite decades of political instability, war and genocide, the overall design of the flag didn't shift all that much- hell, apart from the Khmer Republic, the color scheme hasn't shifted all that much either.

That's the flag of Cambodia! Remember, until next time, keep your flags flying- FREAK or otherwise!