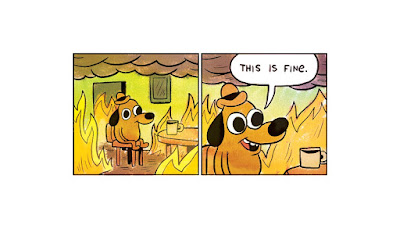 I blog pretty regularly and a general rule of thumb, I like to keep my day job separate from what I do on here. Discretion and confidentiality are a must in a job like this, so I've done my best to keep it out of my public writing sphere. That's not say that I don't talk about what I do or write about it. I just haven't- at least not until recently- put any of my thoughts out there for general consumption. So pull up a chair, because this is going to be one of the few times I talk about my day job.

For anyone happening by who doesn't know, I'm a 911 Dispatcher. And right now, APCO International (The Association of Public Safety Communications Officials- basically, the broad industry wide advocacy group for 911 Dispatchers) is making a push to get Dispatchers reclassified in the Federal Government's Standard Occupational Classification system. It's a little bureaucratic and somewhat involved, but basically, the Federal Government currently classifies 911 Dispatchers as 'Administrative Support Occupations.'  APCO wants 911 Dispatchers reclassified as 'Protective Services' the same as police officers, firefighters, lifeguards, crossing guards and TSA Screeners. The currently definition places the job in the same category as clerks and secretaries.

This might seem excessively nit-picky, but it's not. While it's true that 911 Dispatchers do perform a lot of administrative tasks for the Departments they serve, the job is changing rapidly, which is why I think a APCO's push for reclassification makes more sense than many people might realize. The biggest change? The increasingly widespread use of Emergency Medical Dispatching. 911 Dispatchers in many places now have the ability to start medical assistance for a person in need right away instead of waiting for other first responders to arrive. And if you think that's just basic CPR and the like, you might be surprised. I am trained to provide pre-arrival instructions and aid for anything ranging from abdominal pain to delivering a baby. (That last one pretty rare, but if I gotta do it, I'm trained on how.) Dispatchers do more than just answer the phone and work a radio these days.

But the level of coordination required for the job also raises this job higher than just an 'Administrative Support' position. Larger 911 Centers than mine have to dispatch for Police, Fire and EMS, each of which is Dispatched in a slightly different way. They've got to do that while handling incoming phone calls and monitoring the radio.

There's also legitimate life and death situations that 911 Dispatchers deal with every day.

We're more than just Administrative Support. Plenty of people call us 'the first First Responders' because the whole chain of response starts with a 911 Dispatcher and this isn't a job that just anyone can walk in, sit down and do. Somewhere between 2 and 10% of the general population have the multi-tasking skills necessary to be successful at this job. It takes organization, it takes skill and it's not your average every day job.

I have a love-hate relationship with this job. I think it's made me more cynical. I think it's made me dislike people more than I should. I've taken calls and heard things that I would have preferred not to hear and deal with. But I've also helped people. I've had problems dumped on me out of the blue that I've had to figure out how to solve. I like the variety. Every day is different. I don't know what's on the other end of the phone when it rings. Could be someone locked out of their car. Could be someone having a medical emergency.

I don't know if I'll do this forever. I hope not. I hope there's something after this that's a little less hectic and a little more chill- and given the fact I dispatch for a Campus Police Department, it's not like I see what thousands of other Dispatchers deal with on an every day basis. No, we have our brand of crazy- it's a little different, but I know that this effort at reclassification is the right thing to do- it would, at minimum be a more accurate way to describe what I do every day. But really it would make what we all know to be true, official. Dispatchers are the first link in the chain of First Response. Recognizing that would be an amazing step forward for the profession as a whole.

So I'm going to be doing some homework on this over the next month or so to find out where my elected officials stand and urge them to get behind this. We'll see what I find out.