September 05, 2016
I love soccer. It's not exactly a secret to anyone that gets to know me a little bit. I love Arsenal, I'm still pondering an MLS team to support. I'll sit down with a Bundesliga game when one's on. I love Men In Blazers. It's my sport! But the more I watch soccer and plug into it as best I can, the more I realize that some leagues get more love than others, so that's when I had a thought.

What about exploring some leagues that maybe aren't quite as prominent as say the Premier League, La Liga or the Bundesliga? Why don't I pick a league, pick a team and follow them for a season- in other words: go down the rabbit hole and see where it takes me?

Thus was born Adopt-A-Team!* And because, well, I have a great affection for the Dutch and their football, I figured why not start with the Eredivise! 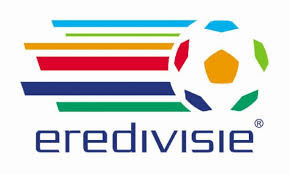 So, I looked at the latest Eredivise table, wrote down every team playing in the top flight of Dutch football on little, teeny scraps of paper and put them all in a bowl, like this: 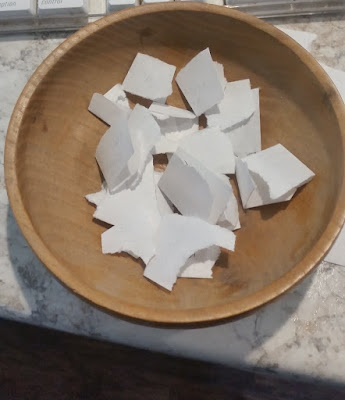 Then, I got Little Man to stop watching Paw Patrol for a second and come and pick out a scrap of paper and you know what he drew: 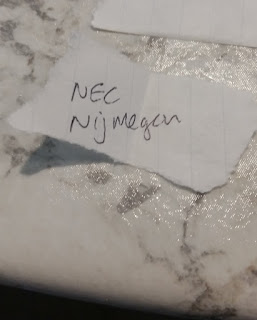 N.E.C Nijmegen! Currently, they're sitting at 1-2-0 on the season and with 5 points, they're at a solid 7th in the table. I did a little exploration to get to know N.E.C. and you know what? I sort of like what I see. First of all, there's the name: N.E.C. stands for Nijmegen Eendracht Combinatie, which sounds pretty metal. Or maybe like a distant cousin of a band like Kraftwerk. Second of all, there's the origin story- at least the Wikipedia version of the origin. Basically, the club started in Nijmegen Lower City, where the poorest people live. A bunch of boys from downtown played football everyday on the streets and on November 15th, 1900 they decided to start their own football club. No one helped them and the fee was two cents a week. They started out with just the name Eendracht and after a few years playing other teams from Nijmegen they were crowned champions of the local association and won promotion to the lower divisions.

Then they got serious about things and in April 1910, merged with a nearby club called Nijmegen and thus, Nijmegen Eendracht Combinatie was born! Let's see where they go this season!

*I had originally conceived this idea as a Podcast Segment, but since I have no idea when or even if I might get around to launching a podcast, I figured why not give it a go in written form and see how it goes?