Randomness: Let's Do This, Hollywood

September 14, 2016
So, for some reason at work the other day we ended up talking about the Meiji Restoration. (As 911 Dispatchers so often do.) And my co-worker and I had a brief discussion about the name of the American Naval Commander who broke Japan's isolation in the 1800s, which all the world knows is Commodore Perry. So I looked it up on Wikipedia (as you do) to see if I was right (I was) and look at the handsome fellow I found: 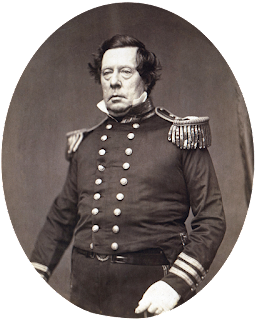 And his full name? Commodore Matthew C. Perry- and then it hit me: this is a biopic waiting to happen! (And no, Shogun and The Last Samurai don't count.) Plus, you've already got the perfect actor just waiting, just begging to play the part. Who else? 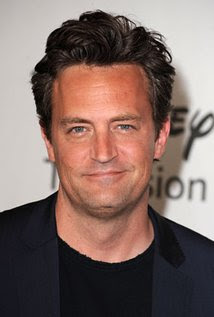 HOW HAS THIS NOT HAPPENED ALREADY? If he turns his smile upside down and eats a lot of cheese so he can look a bit constipated, Matthew Perry is a dead ringer for Commodore Matthew C. Perry. I bet they're even related! How insane would that be? Matthew Perry playing Matthew C. Perry a distant ancestor of his on the silver screen? Let me repeat myself: how has this not happened already?

Come on, Hollywood. Let's do this thing! (I mean, at the very least, there's got to be a decent SNL sketch buried somewhere in this premise right. I mean, I'm not sure when Matthew Perry hosted last or even if he has hosted (he must have, pretty much everyone has at this point, I think) but gosh. Smart, funny, historical humor. I'd be all about an SNL sketch like that.)

Thus concludes this month's post of randomness. Tune in next month for whatever my brain churns up and outward into the world.