This Week In Vexillology #269

September 15, 2018
Let's get down to business right away. We're still reaching to the bottom of the barrel of the Unfortunate Wordpress Experiment and we're in the race to the finish line of the Lost Archives, so let's get to it.

Double shot of the old Vitamin C with Chad and Cameroon. 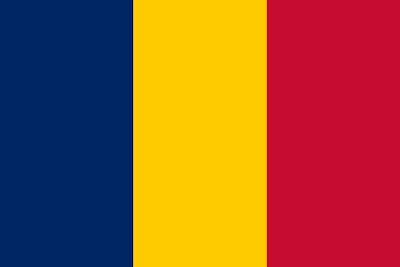 No, I haven't made a mistake. This isn't the flag of Romania- it really, really is the flag of Chad. The shade of blue they use is darker than what Romania is rocking and here's the deal. Chad kind of got this tricolor going first- kind of. When the flag was adopted on November 6th, 1959, Romania's flag had a communist symbol in the center stripe which lasted until 1989 when their Communist government was overthrown. Then the symbol was removed and the flag reverted back to it's pre-war configuration which is pretty much the same flag that Chad had going on.

The Chadians kind of make noise about the similarities now and again, but Romania isn't gonna change and they don't seem to be in a hurry to change either, so for now, they're pretty much going to have the same flags.

So what does it all mean? Well, the original concept was supposed to be a combination of blue-white-red from the flag of France and the pan-African colors of green,  yellow and red. I don't know if they've managed to communicate that to anybody who looks at their flag, because while the idea is cool and historically worthy of consideration, the practical upshot of it is that you look at the flag and go, "hey, isn't that the flag of Romania?" So the original notion behind this sort of gets lost almost immediately to me. The colors have some meaning: the blue stands for sky and hope, the gold is the sun and the desert and the red signifies the bloodshed over independence.

If I'm Chad and looking to stand out, I've got two words for you: diagonal tricolor. 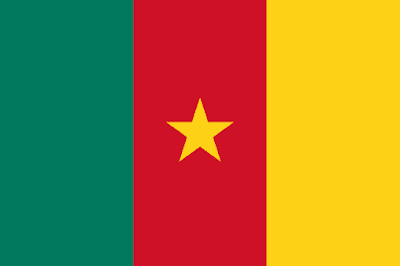 Okay, here's a fun fact about Cameroon. It used to be plural, but now it's singular. No, really... over the years, there have been German Cameroons, French Cameroons and British Cameroon and at some point, they made the decision to make like Voltron and join forces to become one, greater, more awesome Cameroon and that's how we got where we got to where we are today.

I like the whole Voltron thing that Cameroon has going on. (Our national motto of 'Out of many, one' surely applies here.) Their flag is... pretty good. It doesn't make me jump up and down with excitement and it uses the same old color scheme we see all over the place in Africa- and that's also fine. The star is a nice touch, as well.

Two more countries to cross off the list! Closer to clearing out the Lost Archives! Remember, until next time keep your flags flying, FREAK or otherwise!