This Week In Vexillology #268

September 01, 2018
It's been a busy month: we're settling into a routine in our new house and I'm training someone right now at work, which means the majority of my brainpower gets shoved to one side and stuck in a blender. It's also getting harder and harder to find inspiration for these weekly posts. I'm just not feeling it of late, which is okay. That happens from time to time. Life ebbs, flows, goes in and out. So expect the next few weeks to feature the last of the Lost Archives and maybe by the time we get deeper into the fall, I'll have found a bit of inspiration to get back to digging up new flags to feature.

But enough of all that...  This Week In Vexillology we've got a double shot from Africa. First up, Ghana: 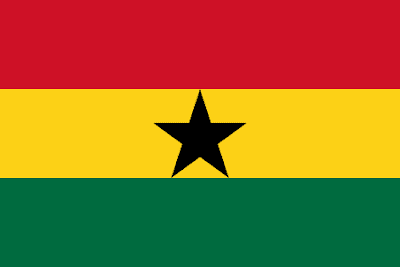 The first country in Africa to kick start the wave of decolonization, Ghana adopted their flag in 1957 and then re-adopted it again in 1966 after a brief four year hiatus between 1962-1966.  It's the second country after Ethiopia to feature the Pan-African colors of red, yellow and green. (Weirdly, just looking at the geography of it all, it seems like Ghana had more of an impact that Ethiopia did in many ways- there's a lot of this color combination in West Africa and far less in East Africa closer to Ethiopia. (Their proximity to the Arab world might have something to do with that though... pan-Arab colors seem to exert a design influence just as strong as the pan-African ones do.)

The flag was designed by Theodosia Okoh and the red represents the blood of those who died in the struggle for independence, the gold stands for the mineral wealth of the country and the green stands for the rich forests and the natural wealth. The black star is a symbol of African emancipation. (The black star came from the flag of the Black Star Line, which was a shipping line incorporated by Marcus Garvey.)

Next up, the flag of Ivory Coast: 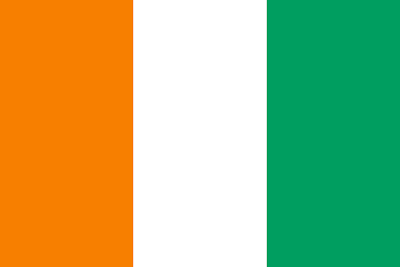 Similar to the flag of Ireland (there is green, white and orange) the flag of Ivory Coast was adopted on December 3rd, 1959. There's a few different interpretations of what the colors mean. During the debate about making the flag, they went with orange for "the color of our rich and generous earth; it is the meaning of our struggle, the blood of a young people in its struggle for our emancipation." White, "peace, but the peace of right." and green, "hope of course, for others; but for us, the certainty of a better future."

Then we had this:

"the orange stripe expresses the splendor of national blossoming, while also serving as a reminder of the Northern Savannas. The white stripe glorifies peace in purity and union of hearts and is the pledge of our success; and the green stripe, expression of our hope for the future, recalls the luxuriant virgin forest of Ivory Coast, the first great sources of national prosperity. The vertical alignment of the strips symbolizes the dynamic youth which heads for the future under the national motto 'Union, Discipline and Work."

Which is a little more complete as explanations go. Then there's one last one worth throwing out there as well. "The flag unites the colors of the three great landscapes of the Ivory Coast: green forest, white lagoon and orange savanna."

Whichever explanation works best for you, it's a unique flag and I like it.