This Week In Vexillology #263

July 21, 2018
This Week In Vexillology we're doing something a little different. I was digging around for inspiration and I stumbled across this article from io9.com that was published all the way back in 2013 ambitiously entitled The Coolest Flags In Human History. I'm not going to break down every flag on their list- some of them are quite cool and I've done them before like The Most Serene Republic of Venice. Others I own, like British Columbia. Some of are thankfully consigned to the ash-heap of history (Rhodesia and pre-1994 South Africa.) But out of that list, here are two of what I consider to be the coolest:

This, along with Northern Ireland are the two flags of the British Isles that I don't own- and it's probably the one Isle that people outside of the UK probably overlook. Yes, it's the Isle of Man: 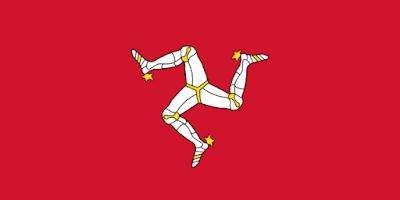 How cool is this flag? The central symbol is a triskelion, which features three armored legs with golden spurs on a red background. It's been the official flag of the island since December 1st, 1932- before that, the flag was simply the Union Jack. The symbol is taken from the Coat of Arms of the Island- and has appeared on versions of it as far back as the 13th Century. In Manx, the flag is known as ny tree cassyn or "the three legs" and as to why it was originally adopted on the island, no one really knows. (The Manx Language is another fascinating rabbit hole worth diving down, though I'll admit I need to brush up on the Gaelic languages and their origins.)

Next up- and buckle up, kids, because we've got this flag: 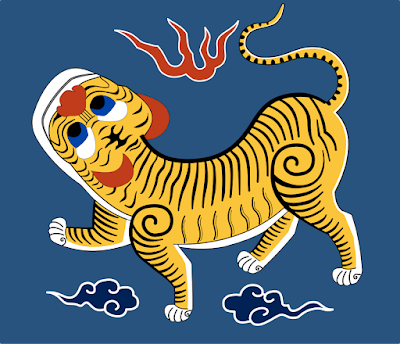 First of all: COOLEST FLAG EVER.  All the other flags from history can go home, because this badass tiger flag wins the grand prize. Unfortunately, history doesn't really care how cool your flag is, because in this case, the Republic of Formosa was proclaimed on May 23rd 1895 and extinguished by the Japanese on October 21st of that same year. Here's the interesting historical mystery that I'm finding...  there's not really a good explanation that I can find for what it means. This is a pretty good picture of a current replica that's on display in the National Taiwan Museum

This is a pretty good explanation of the meaning behind it- it seems kind of boring, but the Qing of Mainland China had a dragon on their flag, so the Taiwanese wanted to distinguish themselves from their mainland counterparts and went with a tiger instead. I don't really have a 'vexillology related' stop on my bucketlist, but no kidding: I would go to Taiwan to see this bad boy. It's super cool.

For real, before we go: go check out all the flags on that list and see them for yourselves. They're worth a peek. Remember, until next time keep your flags flying- FREAK or otherwise!