This Week In Vexillology #231

September 30, 2017
Well, it's almost October and that means a month of German state flags to celebrate the Oktoberfest season, but kicking it all off, in a special preview of the next four weeks, I noticed that one of my 'missing' entries from the lost archives was Germany, so I figured why not kick off the fun with the flag of Germany itself: 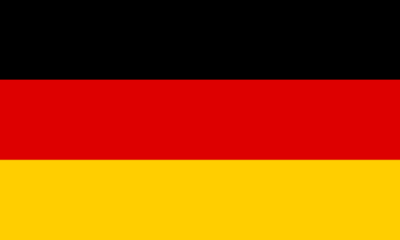 Re-adopted on May 23rd 1949, this tricolor was used first adopted as the flag of Germany during the Weimar period from 1919-1933, but the color combination emerged from the process of German unification during the middle of the 19th Century- but- the tricolor itself dates back to the Principality of Reuss-Greiz which is currently in the Free State of Thuringia in Germany today. So the tricolor flag itself goes back to 1778.

However, it came to prominence during the Revolutionary year of 1848*, where the Frankfurt Parliament proposed it as a flag of a unified Germany. But the democratic dreams of a unified Germany went nowhere- at least in that year- and after the Austro-Prussian War of 1866, Prussia (and the North German Confederation that it dominated) started using a black-white-red tricolor as it's flag which eventually became the imperial colors of the German Empire- and were re-introduced (as we all should know) during the Nazi period between 1933 and the end of World War II.

So, from a historical point of view, this color combination of tricolor hearkens back to that initial burst of democratic aspiration in 1848 and represent German unity and freedom. During the Weimar period the colors also represented the democratic, centrist and republican parties and their unity against enemies of the far right and the far left.

While the colors seem to be rooted in history more than any specific meaning, but the colors themselves are important, because despite the fact that the flag looks to be black, red and yellow under the Article 22 of the German Constitution the colors are in fact, black, red and gold. A lot of this seems to go back to the Weimar period as well when the new flag of the Republic was subject to mockery and hatred from anti-Republican forces so after World War II, in 1959, the Federal Court of Justice stated: "the usage of 'black-red-yellow' and the like had "through years of Nazi agitation, attained the significance of malicious slander against the democratic symbols of the state" and was now an offence. So officially: black-red-gold. (Though this Wiki-page classifies the colors as jet black, traffic red and the unfortunately named rapeseed yellow.)

We've got four weeks of German lander fun ahead of us! Remember, until next time keep your flags flying- FREAK or otherwise!

*If you're interested in 1848, get yourself on over to Revolutions Podcast and jump into their latest series which is all about the tumultuous year of 1848.