This Week In Vexillology #228

September 09, 2017
So I really had to brainstorm to come up with an idea this week- how do you top the Most Serene Republic of Venice? Well, you go to the one continent you haven't been to yet, the continent they'd least expect you to do- that's right. Antarctica. 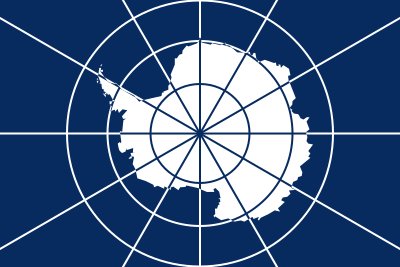 There are more interesting flags ahead of us, but we've got to start with the flag of the Antarctic Treaty, which was officially adopted in 2002. In terms of an environmental achievement, the Antarctic Treaty is tough to beat- since 1961, the nations of the world have agreed that Antarctic will belong to no one nation and that the continent will be free of weapons testing, drilling and in general, the notion of it was: "People, it's really freakin' cold down here, so let's just all get along and do some science and exploration, all right?" Various countries have various slices of the Antarctic pie down there and they have their own flags- first up, The British Antarctic Territory: 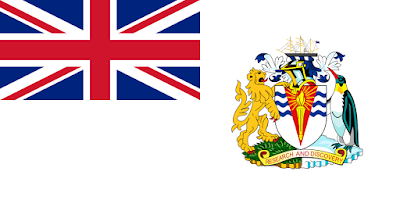 Pretty basic thing we've got going on here- obviously, the flag is white, because well, duh. It's Antarctica. The Coat of Arms was first granted in 1952, The shield features a flaming torch on a wavy background, which represents the sea. One side has a golden lion, representing the United Kingdom, while the other side has an Emperor Penguin, representing the local inhabitants of the territory. The lion is standing on grass, while the penguin stands on ice. The motto of the Territory, 'Research and Discovery; sits at the bottom, while a representation of the RSS Discovery is at the top.

The French have another slice of the pie and their flag looks like this: 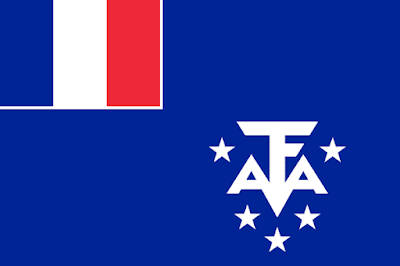 Officially, 'The Flag of the French Southern and Antarctic Territories" this is really the flag of France's little corner of the Antarctic Pie, Adelie Land and a posse of islands which includes Kerguelen Islands, Crozet Islands, Juan de Nova Island and a bunch more I've never even heard of. The French Tricolor is in the upper left canton, while in the fly, you have the French acronym for the territories, TAAF and the five stars which represent the five districts the territory is divided into. Interestingly enough, there's no permanent civilian population here, just a rotating cast of military personnel, officials, scientists and support staff.

Argentina probably has the coolest flag of the bunch- while their Antarctic Territory isn't a separate entity, it's part of their Tierra del Fuego province, whose flag looks like this: 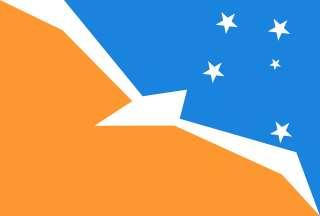 There's not much in the way of details on this flag except that it was adopted in 1999 as a result of competition and is a diagonal bicolor of blue (the color of the sky, I'm guessing, since it features The Southern Cross.) and orange (the color of the land? The Land of Fire?) which an albatross in between. Simple, minimal number of colors and striking. I love it. (Would totally add this one to my personal collection as well...)

Rounding out our little Antarctic adventure, we've got the flag of the Chilean Antarctic Territory, which is part of the Magallanes Region: 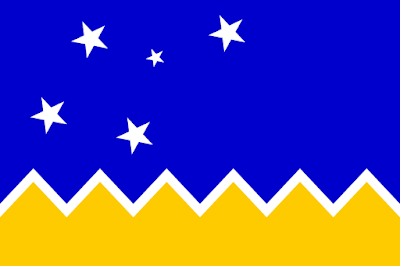 Adopted on February 5th, 1997, as the civil and state flag of the region, the blue color represents- you guessed it! The sky- in this case, the night sky featuring the Southern Cross. The golden peaks symbolize the steppes of the region while the white stands for the snow that often falls in winter. Again, I love this flag. Would totally add this one to my personal collection as well. (And side note: I need to figure out a better way of displaying and or adding to my collection as well. It's been awhile and I feel like I'm due.)

New Zealand, Australia and Norway have claims in the Ross Dependency, Australian Antarctic Territory and Queen Maud Land/Peter I Island, but all use the national flags of their respective countries at this time. (Though there are unofficial proposal to give the Ross Dependency it's own flag floating about out there.)

And that's the end of our Antarctic Adventure! Remember, until next time keep your flags flying, FREAK or otherwise!