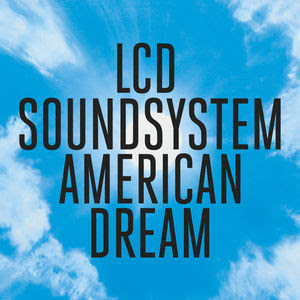 What exactly does a 'mature sound' mean? Everything I've seen floating around about this album pronounces it to be a 'mature sound' and I'm not quite sure what that means... maybe it's... an evolution of LCD Soundsystem's sound? I feel like that fits this album better than 'mature.' I did some math, just for kicks and it turns out that LCD's frontman James Murphy is 47 this year, which means he was about 32 when LCD Soundsystem started and 42 when it finished and 45 when they got back together for this album. (And hopefully more.) I feel like given the average age of musicians these days, by your mid-30s, your sound should be pretty damn mature.*

So, it's an 'evolution' damn it, and a delightfully refreshing one. I think what I like most about this album is that it's got gear changes here and there, where as a lot of their previous albums have been more straight dance records. The gear changes are obvious from the first track: 'oh baby' is a sweet, almost romantic lullaby in many ways- it wasn't what I was expecting as well. But 'other voices' brings a 'Talking Heads' vibe to the proceedings that while different from what LCD Soundsystem has done in the past (at least what I've listened to, anyway) is another change of pace that I enjoyed. Similarly, 'i used to' has shades of The Cure.

By the back half of the album, everything starts to feel like LCD Soundsystem is back in the saddle and ready to rock. 'emotional haircut' is probably one of my new favorite tracks of theirs. 'tonite' puts Murphy's intelligent lyrics on fine display and the album ends with a tribute to the late great David Bowie with 'black screen.'  (Interestingly enough, I read on the wikipage for the album that Murphy wanted to include some spoken word poetry from Leonard Cohen on the last track, but Cohen died days after he had the idea so it didn't really happen.)

Overall: LCD Soundsystem is back! What's not to love about that? I'm not usually a big techno/electronica kind of guy, but LCD Soundsystem has been convincing me that I might be wrong about my overall 'meh' feeling for the genre. In terms of this album as compared to other albums that I've listened to, I think shows a refreshing willingness to play around, experiment and grow- but just when you think that the band has changed it sound entirely, they sort of emerge from in between the tracks and make you realize that you've been listening to them all along.** My Grade: **** out of ****
*The paragraph illustrates why I'm not a music critic and why I can't wait to get this Albums project over and done with. I'm just so bad at this.

**Ugh, this sentence too.