This Week In Vexillology #206

March 25, 2017
So I'm bummed. I'm bummed because technically, Andorra isn't an enclave. It's landlocked. But it's sandwiched between both France and Spain and yes, it's on my list of 'Lost Weekends In Vexillology' so let's party on with the flag of Andorra and then we'll have some fun with enclaves. Here it is: 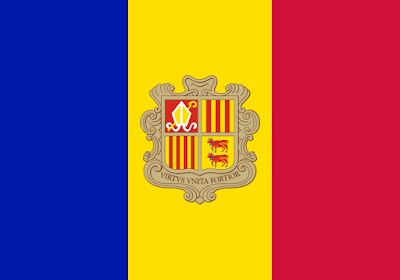 The current flag was adopted in 1971, the blue-yellow-red tricolor has a similar to design to the flag of Romania, Moldova and Chad- but in the case of Andorra, the design is impacted more by it's geography and history than anything else. The three bars of the tricolor are similar to the tricolor of France (the red and the blue, as well) but the yellow and red can be found on both the flags of Spain, Catalonia and the old county of Foix. Let's jam out about their Coat of Arms: 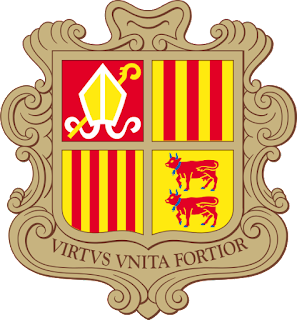 And that's Andorra- not quite an enclave, but landlocked enough that I almost want to count it just for fun. Speaking of enclaves- there's like a whole science and hierarchy of enclaves that's fascinating. There's enclaves, exclaves, semi-enclaves, semi-exclaves, pene-enclaves (sounds dirty) and of course, we had one third order enclave until India and Bangladesh got together and hammered out their mess of a border and got rid of it. But no kidding: Dahala Khagrabari probably gave people fits trying to figure it otu for years. It was a piece of India within Bangladesh within India within Bangladesh.

Enclaves and exclaves are probably my favorite geographic phenomena- so I could do this all day. But Andorra is the best place to stop, probably- so remember, until next time, keep your flags flying- FREAK or otherwise.