This Week In Vexillology #179

August 27, 2016
The Olympics are over, so This Week In Vexillology, we're returning to our regularly scheduled programming with the flag of Armenia! 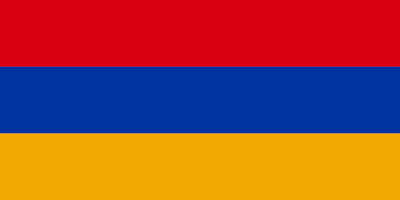 First of all, let's talk about the country itself. Armenia as a country is old, old, old- the Kingdom of Armenia was at it's height in the 1st Century BC. The Armenia Apostolic Church is recognized as the national church- the world's oldest. So as an idea, as a country, as a people, Armenia has been around for a long long time. Armenia spent centuries under the domination of various other powers in central Asia before being split between Russia, Persia and the Ottoman Empire. The current country is about 10% of what is considered 'historical Armenia' and their people fell victim to the Armenian Genocide before falling under Soviet Domination after a brief period of independence during the 1st Armenian Republic.

Getting back to independence wasn't easy. Glastnost and Perestroika brought demands for better environmental care for Armenia, because communists are, of course, all about the environment. There were also nasty tensions between Azerbaijan and Armenia that continue today (see: Nagorno-Karabakh) that culminated in an out and out pogrom of Armenians living in Baku in 1990. (Oh and helping all of this was a 7.2 earthquake that hit in 1988.) Needless to say, Armenia wanted out and headed officially for the exits on August 23, 1990.

Armenia didn't waste time after declaring independence on August 23rd, 1990- they adopted their flag the very next day- a very nice horizontal tricolor of red, blue and orange, designed by Stepan Malkhasyants, per Wikipedia. Officially (as in, what's written down in the Constitution of Armenia) the red represents the Armenia highland, the Armenian people's continued struggle for survival, maintenance of the Christian faith and it's independence and freedom. The blue is for the will of the people of Armenia to live beneath peaceful skies and the orange is for the creative talent and hard-working nature of the Armenian people. Unofficially, there are simpler interpretations, like: red for the blood of the people killed in the Armenian Genocide, blue for the pure sky and orange for Armenia's courage.

So there you have it, the flag of Armenia! Remember, until next time, keep your flags flying- FREAK or otherwise!