This Week In Vexillology #171

June 25, 2016
We're back to our regularly scheduled programming this week and back in the islands, this time, with the flag of Saint Vincent and the Grenadines: 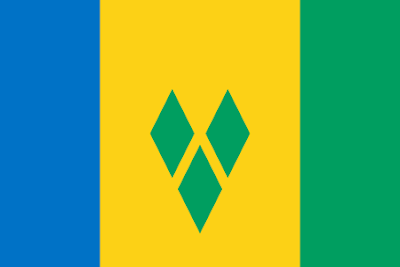 Adopted on October 21st, 1985, the flag consists of three vertical bands of blue, yellow and green with three diamonds in the center representing the Grenadine Islands which are part of the country. They also recall the nickname for Saint Vincent as 'the gems of the Antilles.' The blue in the flag represents the tropical sky and the crystal waters, the yellow stands for the golden sands of the Grenadines and green is for the lush vegetation of the islands. The diamonds are set lower in the flag recalling their geographic location in the Antilles chain. 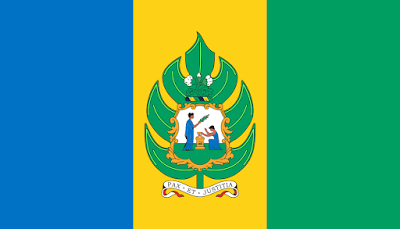 After trading hands between the French and British in the 18th and 19th centuries, the place eventually became British and it's history in the 20th and 21st centuries seems to be punctuated by eruptions of La Soufriere, a volcano that blows it's top with some regularity from a geographical point of view. (There have been eruptions in 1812, 1902, 1979- which, you know- seems kind of semi-regular to me.)

So that's Saint Vincent and the Grenadines! Remember, until next time, keep your flags flying- FREAK or otherwise!