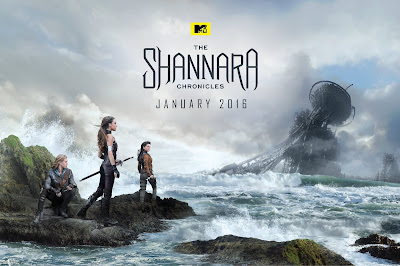 When I heard the news that The X-Files was coming back for a special, limited six episode run I was genuinely excited. We never really watched television together as a family growing up- my parents were more into us reading books than watching television, but by the time high school rolled around and we were all a little older they sort of relaxed the television rules a little bit and for whatever reason, we all sort of ended up watching The X-Files together.

So did it's much bally-hooed return work? Meh.  Kind of is the best I can say so far- the first episode of the new 'season' was both awesome and befuddling at the same time. Awesome, because it really was amazing to see Mulder and Scully back together on television again. It seemed right. Befuddling because the accelerated nature of a six episode arc seemed to force the writers to jam three episodes of conspiracy theory into one. (At least that's what I'm guessing.) The resulting execution was a bit mixed: Mulder seemed crazier than usual, but the mythology/conspiracy the show is laying out seemed clear, if slightly loopy- for a refreshing change of pace.

The second episode, 'Founder's Mutation' seemed to right the ship somewhat. Mulder and Scully were back and working a case- this time involving a mysterious suicide that was possibly tied to human experimentation being conducted by a geneticist to solve various problems of mutation. It combined the right amount of humor, horror and paranormal angles to make the overall episode seem like a welcome return to form- instead of the conspiracy jammed first episode, we were back on steady ground and it worked really well.

I've seen a lot of mixed reviews so far about the return of The X-Files and I can sort of see why. The shift in the show's 'conspiracy' didn't bother me that much, as the notion that it might not be aliens but really sinister government experiments was something they explored a bit during the original run of the show itself. (There was that whole business with the super soldiers and Mulder faked his own death after someone tried to tell him that it really wasn't ET, but humans after all.)  The dialogue did seem a bit forced in the first episode, but settled down a little in the second episode. I feel like part of the disconnect has to do with the fact that there's a whole period of time between Mulder and Scully that we haven't seen. They seem more exhausted and tired than usual- I'm hoping the rest of these episodes fill in some of those gaps and we get a better idea of where the two of them 'are' after all this time.

While The X-Files return was less than what I had hoped for, MTV's The Shannara Chronicles proved to be a strangely pleasant surprise. I had been nervous as hell when I heard that MTV was taking on Shannara- as I devoured most of those books when I was younger (The Sword of Shannara didn't really do it for me- The Elfstones of Shannara, The Wishsong of Shannara and the subsequent four book series The Heritage of Shannara on the other hand I read multiple times. So, so, so good.) But, MTV seems to have pulled it off- and, I think they've done so in a way that's actually going to attract and retain an audience that fits their demographic.

Wisely, I think they've dispensed with the flowery language of high fantasy and populated the show instead with beautiful young people and the occasional heavyweight actor to lend some gravitas where necessary. It seems strange, but it kind of works- John Rhys-Davies plays Eventine Elessdil, the Elven King and grandfather of Amberle (Poppy Drayton), Manu Bennett isn't quite what I pictured Allanon to be, but he's growing on me and lends a similar amount of heft where necessary. Austin Butler brings a mop of blond hair and the seemingly required sculpted abs to the proceedings as Wil Ohmsford.

I think The Shannara Chronicles is off to a good start: their portrayal of the druid sleep and Paranor was a different take from the books, but works really well with the overall aesthetic of the series. The landscape (since they shot in New Zealand) is, of course, amazing and they really seem to be doubling down on amping up the demons and the necessity of protecting the Ellcrys. I'm intrigued enough that I want to see where this goes- and I'm hoping that MTV's decision to 'pretty it up' pays dividends enough to build an audience to keep the show around. They started off (wisely, I think) with The Elfstones of Shannara, but it would be interesting to see if the move on to other books too- maybe season by season or every couple of seasons, just to make it more of anthology show.

Overall: I'll have to see if the next four episodes of The X-Files can make up for the rocky start to it's return, but The Shannara Chronicles might be onto something good. The X-Files: B, Shannara: B+