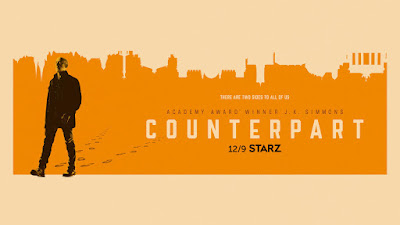 Unorthodox: A four-part miniseries based on Deborah Feldman's autobiography, Unorthodox: The Scandalous Rejection of My Hasidic Roots, Unorthodox is groundbreaking because it's the first Netflix seris to be primarily in Yiddish- and, as a brief, 'making of' documentary shows, it also took a great deal of care and research to make sure they got as many of hte cultural nuances and details as right as possible. The show itself tells the story of Esty, a 19-year old Jewish woman who flees her arranged marriage in the Ultra-Orthodox community in Williamsburg, Brooklyn New York and moves to Berlin where her estranged mother lives.

The show opens with Esty (Shira Haas) fleeing to Berlin and her husband, Yanky Shapiro (Amit Rahav) and his cousin Moishe (Jeff Wilbusch) follow her to Berlin to try and find her and bring her back after finding out that she's pregnant. Esty's attempts to navigate secular life in Berlin are interspersed with flashbacks to her life in the community and her arranged marriage to Yanky, including her wedding and the couple's troubles with intimacy and conceiving a child.

In Berlin, Esty befriends some students in a music conservatory and accompanies them to a local Lake where she removes her sheitel as she bathes in the water, revealing her short-cropped hair. (This was one of my favorite scenes of the entire series actually.) She can't quite bring herself to go to her mother's- as the two are very estranged, so ends up sleeping in the conservatory. She's caught and told about a hardship scholarship for talented refugees and other musicians in difficult circumstances. She goes forward and plays the piano- but her confidence is shook where her new friends tell her that she's good, but not good enough for the conservatory.

Meanwhile, Yanky and Moishe arrive in Berlin and soon show up at the apartment of Esty's mother, Leah (Alex Reid) and attempt to intimidate her into revealing Esty's whereabouts, but she refuses to do so- primarily because Esty hasn't come to her yet. Eventually, Esty does and finds out the truth: her mother never abandoned her and instead lost custody of her in court. Leah also promises to support her and the child, so Esty goes through with the audition, deciding to switch her discipline to voice instead of piano. Afterwards, Yanky approaches her and begs her to come home and promises to change- but Esty tells him it's too late for them and leaves to start her new life.

Overall: What a fantastic and powerful series this is. Once you realize just how much effort went into making this as accurate as possble, it's crazy to think about insular communities like this being tucked away- not in remote corners of the country, but deep in New York City itself. I also love that it's in Yiddish, which is a fascinating language which seems to be this strangely awesome blend of German, Hebrew and English thrown in.(Which is probably a completely inaccurate description of what Yiddish actually is, but that's what it sounded like to my ear.) The cast is incredible. The story powerful. And it's four episodes. So if you're looking for something to watch, I can highly reccommend this one. My Grade: **** out of ****

Counterpart: A Quiet Man reccommendation, I tripped and fell into this one quick and was soon hooked. J.K. Simmons stars as Howard Silk, a gentle, quiet office worker who's been living in Berlin and working for a UN Agency known as the Office of Interchange. He's fairly low-ranked and doesn't really know what his work actually entails. His wife was hit by a car and is in a coma and he goes and reads to her in the hospital every day and plays the ancient Chinese board game name Go with his friend Andrei. His life is fairly mundane, until the day after he's denied a promotion at work, he's summoned to a meeting with Peter Quayle (Harry Lloyd), the Director of Strategy and Josef Aldrich (Ulrich Thomsen), Director of Housekeeping. He's taken to a mysterious meeting where a door opens and he meets...  himself.

Silk then learns the truth: during the last years of the Cold War, the East Germans accidentally created a portal to a parallel universe in the basement of the OI building. Howard's 'double', Howard Prime explains that an assassin named Baldwin has crossed over with a kill list that includes his wife Emily. The two Howards switch places for a night so that Howard Prime can prevent Emily from being killed, but Baldwin gets away in the process. Howard Prime then goes home and visits a bar where he encounters his ex-wife, Emily Prime, who is alive, despite what he told Howard back in the other universe.

Does that seems like a complicated premise? Oh, it gets better: we learn that the two worlds are engaged in a tense Cold War- and the Prime Universe had been mysterious devastated by a flu that killed millions and that a rogue faction from Prime Universe blames the regular Universe for it. They're actively shipping rogue agents over and replacing their counterparts in the regular Universe and over the course of the two seasons of the show, the layers are peeled away and we find out that these fanatics are bent on nothing less than revenge and want to do to our universe what was done to ours.

Counterpart could easily have been a fairly run of the mill science fiction show had it wanted to be- but they turn the premise into an exploration of what it means to be human. Meeting another version of yourself and you naturally wonder about the differences, wonder if you're destined to become them and wonder if your fate can ultimately changed. It's strangely timely as well and it's ending is, quite frankly, bleak.

Overall: It's got J.K. Simmons in it and I have yet to watch anything with him in that's not good and this is no exception. If you're not into the idea of watching pandemic movies like Contagion or Outbreak, you should probably be aware that this is, at least, pandemic adjacent. If you want a good show about parallel universes and what they might look like with a whole bunch of espionage/spy thriller/realism dropped on top of them, Counterpart is a show worth watching. My Grade: *** out of ****.