This Week In Vexillology #240

December 09, 2017
We're dipping back into the 'Lost Archives' for the last two weeks of 2018 and focusing on the countries that begin with the letter 'B'. Why? Well, I just sort of feel like it knocking off some 'B' countries...  so, this week, we've got Belarus and Bulgaria and next week we'll tackle Benin and Burkina Faso.

First up, we've got Belarus: 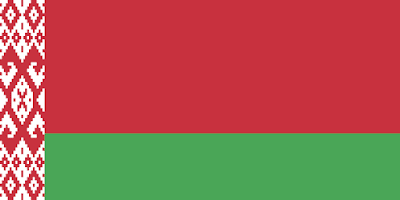 Infamously known as 'Europe's last dictatorship' the flag of Belarus was adopted on June 7th, 1995 and was modified again on February 10th, 2012. It's a modification of the old Soviet-era flag which was adopted in 1951. There were some obvious tweaks made to the flag: the symbols of communism have been removed and the ornamental pattern on the hoist, set against the flagstaff was changed as well. The original pattern was white on red and this one is red on white.

There's no official interpretation for the colors of the flag, but President Lukashenko has stated that red represents freedom and the sacrifice of the nation's forefathers, while the green represents life. Given Lukashenko's stranglehold on power, his explanation might not be official codified into law, but it's about as official as it can get. (It's also worth mentioning the white-red-white flag, which was the flag of the Belarusian People's Republic (very short lived) and served as the immediate post-independence flag of the country between 1991 and 1995. It's also used widely by opposition folks/people in the Belarussian diaspora.) (Sorry for the second parenthetical here, but The BPR from 1918 produced the oldest government in exile that's actually still going today, which is kind of incredible when you think about it.)

Next up, we've got Bulgaria: 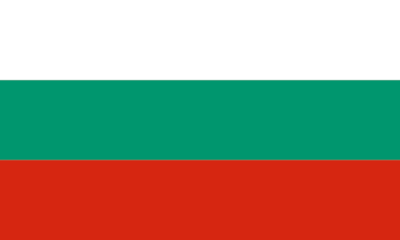 The white-green-red tricolor of Bulgaria has been around since the Russo-Turkish War of 1877-1878, when Bulgaria gained it's independence. During the Communist period, the flag sometimes contained the state emblem, but the current flag was readopted in 1991 and confirmed as the flag of the country in 1998.

Weirdly, the wiki-page for the flag is pretty bare of details on just what the colors mean. And the Law for the State Seal of National Flag of the Republic of Bulgaria, which is cited in it's entirety on the wiki-page is somewhat unhelpful, describing the flag as 'a national symbol which expresses the independence and sovereignty of the Bulgarian state.' So, I went deeper into the internet rabbit hole and found this webpage, which states that the white represents peace, the green the fertility of the soil and the red one stands for the courage of Bulgarians. I have nothing other than the 'because the internet said so' to back up that interpretation, so take it with a grain of salt. But in general, it seems like a plausible enough one.

And that's Belarus and Bulgaria! Remember, until next time keep your flags flying- FREAK or otherwise!