This Week In Vexillology #223

August 05, 2017
Well, August 1st was Swiss National Day, so that got me thinking- Switzerland has a pretty basic flag as flag's go. It's square, red and has a white cross on it. So, why not go deeper into Switzerland and take a look at some of the flags of the Cantons of Switzerland? And if we're going to do that, we might as well start with the trio of cantons that started it all: Uri, Schwyz and Unterwalden.

How old is Switzerland? Well, prepare to have you socks knocked off because the first Federal Charter of Switzerland was signed in 1291...  that's right, Switzerland has been around in one form or another since 1291 and they've been kicking ass, taking names and being neutral more or less ever since. So let's look at the founding three cantons, starting with the flag of Uri: 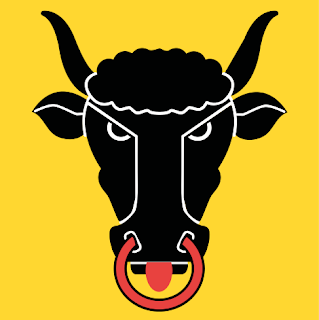 First of all: where the heck is Uri? Well, it's in Central Switzerland- if you find Zurich and go south you'll hit it eventually- or, (more helpfully) if you find Lucerne and follow the lake around it's far eastern bend to the town of Altdorf, you've found what you're looking for. The bull's head has been used as a symbol of the canton for centuries and its believed to have crept into the heraldry due to the etymology associating the name of the canton with the extinct aurochs. By the 14th Century, the symbol had become a banner. (According to Wikipedia, six cantonal banners from the Old Confederacy period are preserved in Altdorf from battles ranging from 1315 to 1512.)

Next up, we've got Schwyz: 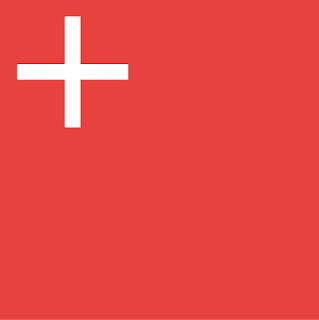 Where is the Canton of Schwyz? Well if you've found the Canton of Uri, well, head north from Altdorf and you're where you need to be. Sandwiched between Lake Lucerne and Lake Zurich, Schwyz  is where they make Swiss Army Knives and gives Switzerland it's standard German name of die Schwiez. Also, the Swiss Federal Charter is on display in the town of Schwyz itself.

The flag of Schwyz is actually fairly modern- the current definitions and proportions of the cross were only set in 1963- but the color red has been associated with the flag for a long time indeed. They used to use a solid red war flag (the Blutbanner) from 1240 and from the 14th Century a depiction of the crucifixion appeared on the flag- an addition that Pope Sixtus IV confirmed in 1480.

The final member of the founding triumverate of Switzerland was the Canton of Unterwalden who seems to have a very complicated flag indeed, mainly because there seems to be some argument between two halves of the Canton over what kind of a flag to have. Originally, it was a simple red over white banner, but the two halves of the canton (Obwalden and Nidwalden) had separate flags and coats of arms that sort of complicated things. Obwalden had a red and white banner with a key that was half white and half red, while Nidwalden had a red banner with a white key on it. They came up with the eminently practical solution of smashing them together and got this: 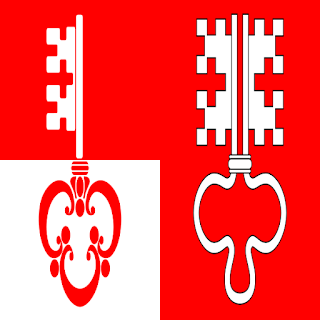 To be perfectly honest with you guys, I'm not sold on the image quality of this, but this is what Wikipedia hath given me so, who the heck am I to argue?

Anyway, that's the flag of Unterwalden and closes out the founding trio of the Swiss Confederacy. Happy Swiss National Day! (Belated, anyway) and remember until next time, keep your flags flying- FREAK or otherwise!

(Minor Tangent: Switzerland is on my list of countries to get back to, because it would be nice to visit my Godparents again- but also because having read Place De La Concorde Suisse and generally enjoying the shit out of the place, I'd like to see it again. Beautiful country.)