This Week In Vexillology #293

August 10, 2019
We're going back into the Lost Archives once more this week to take a look at two very different flags- both of which are from Africa. This week, we're going short and sweet with the flag of Tunisia and the flag of Mali. 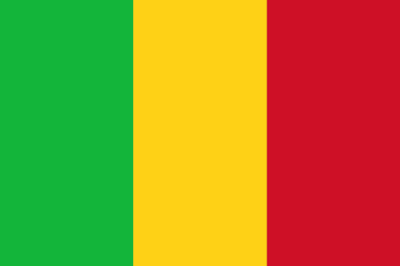 The flag was predated by the flag of the Mali Federation which was more or less identical, except for the presence of a traditional kanaga figurrine. The Federation dissolved with the exit of Senegal and then the remaining colony of the French Sudan became Mali and dropped the kanaga and adopted the current flag on March 1st, 1961 and it's been that way ever since.

The tricolor pattern should be familiar: as a former French colony, it's a nice tie back to the colonial power- though I'm sure some folks were less than thrilled by that. So the color scheme of green-yellow-red are the traditional Pan-African colors and according to wikipedia, the green stands for the fetility of the land, gold is for purity and mineral wealth and the red is for the blood shed for independence from the French. 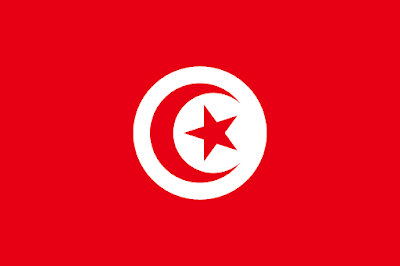 The present flag of Tunisia was adopted in 1959 as a national flag following it's independence-- it's origin, however, dates back to the 1831 Naval Ensign which belonged to the Kingdom of Tunis and wad adopted by Al-Husayn II Ibn Mahmud. The crescent and star and the red and white colorings came from the Ottoman Empire- and hte origin came about in the 1830s due to the destruction of the Tunisian fleeet at the Battle of Navarino- a lot of other states in the area used red flags and so they wanted to create something a littl more distinctive so they could stand out.

The whie disc on the flag represents the sun, the red crescent and five pointed stars are ancient symbols of Islam- the crescenet as a symbol is supposed to represent luck. The color red is a symbol against Turkish supremacy. The crescent and the sun also date back to Punic times.

And that's Mali and Tunisia! Remember, until next time keep your flags flying- FREAK or otherwise!