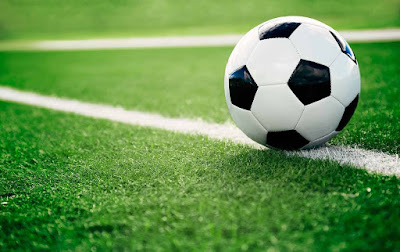 All right, I'm just going to get down to brass tacks with this post:

1. I'm not doing an Adopt-A-Team this year. I feel like I've got a good stable of teams to track whenever the mood strikes me and I want to actually figure out a way to watch some of their games using the magic of the interwebs. Secondary goals for 2019-2020: go watch some soccer! Whether its the Hawkeye women's team, the Dubuque Union or even an MLS or NWSL game.

2. HAWKEYE FOOTBALL PREDICTIONS: I think the B1G West might be one of the most interesting divisions in College Football this season. Quite literally everybody except Illinois probably can make a case for going to Indianapolis and a lot of people seem to be quite high on the usual suspect (Wisconsin), or buying in too soon on the up and comers (Nebraska, Purdue, Minnesota) while completely forgetting other teams (Iowa, Northwestern). You can say the same for every division in every conference at this point of the season, since nobody has played any football as of yet, but really and truly it's going to be wide open and has the potential to be an absolute demolition derby of a division race this year and that's glorious. Unfortunately (or fortunately, depending on your point of view) Iowa's schedule is pretty brutal. This will either mean that Iowa will emerge from the pack and head back to Indianapolis or settle back into 8-4, 7-5ish territory with second or third place in the division. Let's break it down game by game:

Miami (Ohio): W  (if we lose this one, something went very wrong somewhere.)

Penn State: W (I think they've got this one circled on the calendar after the last second loss in Kinnick the last time they were here.)

Northwestern: L (I really want to say 'W' here, but it's at Northwestern and we either obliterate them or totally forget how to play football when we play them, so I'm not optimistic.)

Minnesota: W (At home, I give Iowa the edge.)

Nebraska: W (Nebraska's not all the way back yet and Iowa tends to get better as the season goes on- historically speaking. If Adrian Martinez is as good as they think he's going to be, then this could go the other way.)

So, I guess I have them going 8-4, which on this schedule is actually pretty damn good. I think Purdue, Northwestern, Wisconsin and Minnesota could all go the other way. Purdue is going to be tricky. Iowa could get mad and smash Northwestern, in which case I will not care if we lose the rest of our games, because beating Northwestern brings me joy. Wisconsin isn't the wrecking ball they used to be, but they're still a solid football team- I'd expect a 'BIG TEN FOOTBAW' type of game up there with low scoring and a final score of something like 14-7 or 7-6 even. Minnesota is honestly dependent on where they are at that point in the season. I've see a few people pick them to win the West, so the boat might indeed be rowing this season-- it all depends. I see a floor of 6-6/7-5 and a ceiling as high as 9-3/10-2 against this schedule. I'm betting Iowa is going to fall somewhere in that range, which makes 8-4 feel about right to me.

3. Arsenal: Holy cow, did Arsenal do some business in the transfer window. There was a ton of gloom at the start of the summer and by the end of it, people were actually optimistic. This is a new feeling for me! They've started well-- wins against Newcastle (a clean sheet away from home! And a win away from home!) and Burnley and they've had a wobble or two at the back now and again but have looked lively and entertaining so far. They've got Hector Bellerin, Lucas Torreira and Kieran Tierney to come back into the team in the next few weeks and Mesut Ozil is going to be worked back in as well. I'm interested to see how they do against Liverpool this weekend- but if they can scrape a point off of Liverpool going into the North London Derby against Sp*rs I think they'll be in a decent position for the rest of the montth with Watford, Aston Villa and Man U. Even if they drop to 2-2 on the season, I still think the fact that they have players coming back from injury that will add to the team down the road is a really good sign.

Can they break back into the Top 4? It's way too early in the season for me to say... I think with the depth of the squad and the people coming back, I think it's more than possible however.