Squawk Box: The ABC Murders/Wild, Wild Country/Sunderland 'Til I Die 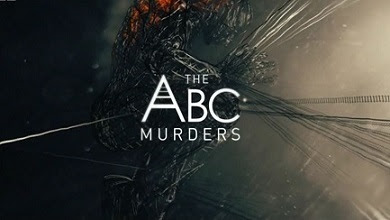 I've been on a documentary kick lately and Squawk Box this month features two of them: the excellent Wild, Wild Country and probably one of the best sports documentaries I've seen in awhile, Sunderland 'Til I Die. (We've also got The ABC Murders, which has John Malkovich stepping into the role of Belgium's premier detective, Hercule Poirot.)

We'll start with Sunderland 'Til I Die. Amazon followed Manchester City around for a season in All Or Nothing and if you want to watch something shiny, gleaming and beautiful in action, it's worth checking out. (I caught a couple of episodes of it- at some point I'll get back around to watching the rest.) But if you want a taste of the real divide in England's soccer landscape, there's no better place to start than with Sunderland 'Til I Die.

Away from the gleaming stadiums and the wealth of the big clubs at the top of the Premier League, the eight episode documentary series opens with newly relegated Sunderland struggling in England's second division, The Championship. Their manager Simon Grayson is struggling to find a line up that works- they're under financial pressure to bring the right people in during transfer windows. Their owner, Ellis Short isn't willing to put more money into the club. They're bringing new goalkeepers. They have players that they're trying to get back from injury- and the results just aren't coming for them and by the new year, they're in yet another relegation fight, lurking at the bottom of the table.

So, they bring in a new manager Chris Coleman. They've got no money to spend, so they have to try and make do with more or less the players that they've got and they get some great results down the stretch that don't completely extinguish hope, but they just can't seem to put two wins together and get any momentum- and it's kind of a stunning twist on what you expect from the genre of the sports documentary, but there's no happy ending at the end of this: Sunderland are relegated again, this time down to League One.

The documentary goes into all aspects of the club: the anxiety of the staff members behind the scenes, as they worry about their jobs. The struggle and frustration of the players when the results won't come. The frustrations of the fans- and the incredible loyalty they show to their team, even at the end of another brutal season which seems them relegated again- but the club is also sold, it's debts are cleared and there's the glimmer of hope with a final victory over Wolverhampton and with new owners ready to make a difference and build for the future.

Next up, is Wild, Wild Country. It's been out on Netflix for nearly a year now, and I've seen the odd preview for it and I hadn't actually sat down and watched it until now and wow, this is the craziest true story I think I've seen. The story begins with the Indian guru, Bhagwan Shree Rajneesh, who grew a following in India in the late 60s, preaching against socialism (he wasn't about selling all your worldly possessions), as well as the usual collection of attributes you'd associate with a guru- but he also preached a more open attitude to sex, which caused controversy in India where he became known as 'the Sex Guru.'

Eventually running afoul of the government, Rajneesh decided in the late 70s to move to the United States and found a city in the wilderness with the help of his associate Ma Anand Sheela- and that's where it gets crazy, because they found their city in the wilderness of eastern Oregon and immediately run into problems. Locals take them to court for violating land use rules: they purchased a ranch and they were building a city. In response, the Rajneeshees brought up property in the local town of Antelope and made it clear that if they couldn't build their city, they would happily take Antelope instead. The citizen of Antelope actually tried to disincorporate to stop them- but failed. And then it gets crazier, because the state got involved and tried to shut them down- so then, they tried to take over the county. Oh and their hotel got bombed. Oh and there's a split in the movement which leads to attempted murder. Oh and they literally shipped in thousands of homeless people from all over the country to try and win the county supervisors seat.

Did I mention that this lead to the largest mass poisoning in American history as well?

Finally, we have The ABC Murders. I'll be honest: I haven't seen any of David Suchet's turns as Hercule Poirot- which I've got to remedy at some point, but I know enough about Hercule Poirot to know that he's probably one of the most iconic detectives of 20th Century literature. I haven't caught Kenneth Branaugh's turn in Murder On The Orient Express- but John Malkovich in just about anything is a sure bet of a great time and sure enough, Malkovich delivers.

The movie opens with an older Poirot, increasingly uncomfortable in the somewhat xenophobic atmosphere of 1930s Britain. His colleague on the Police force, Inspector Japp (Kevin McNally) has retired and been replaced by a brash young Inspector Crome (an almost unrecognizable and excellent Rupert Grint) who doesn't trust Poirot and raises some question about what exactly his occupation used to be in Belgium. Poirot, on the other hand is getting letters from someone signed 'A.B.C.' taunting him and predicting murder. Crome dismisses the letter as a prank, but when Alice Asher is killed in Andover and Betty Barnard is killed in Bexhill, another letter informs Poirot that the next victim will begin with the letter 'C'.

Poirot gets the next letter, which tells him where the next murder will take place- but he's too late to stop the murder. Though this time, the family of the victim, Sir Carmichael Clarke officially hires him to solve the murder so, reluctantly, Crome has to let him help and learns to trust him a little bit along the way. They eventually find a suspect that fits the bill, but Poirot is not convinced and figures out who the real murderer is-- and his past is revealed.

My Verdicts:
Sunderland Til I Die: A must watch for soccer fans or fans of the sports documentary genre.

Wild, Wild County: Must watch full stop. Craziest documentary out there right now and one of the best Netflix documentaries of the past year.

The ABC Murders: John Malkovich steps into the role with near perfection and Rupert Grint is incredible in this as well. At three episodes, it's not that long of a watch either.