August 13, 2018
Adopt-A-Team: Well, it's that time of year again. Time to pick a new team to follow around for a season to see what happens to them. I shuffled around my league choices (this year I went with Liga MX, Ghana's Football League, The Turkish Superliga and the Chinese Super League) and the winner turned out to be the Turkish SuperLig. So I went to the website, looked at the list of teams and immediately realized that there was really only one choice: Trabzonspor.

Before we get to my soccer reasoning, we have to detour back to my youth when I spent many days and many hours pouring through the Times Atlas of European History where I developed a weird obsession with the Empire of Trebizond. It was there on the map for a few centuries and grew longer and shorter and took little bits of what is now Crimea now and again, but to me, it was the fact that it served as the last historical post-script the Byzantine Empire. Constantinople fell in 1453, Trebizond persisted until 1461.

So, Trabzonspor was an easy choice. Plus, look at this crest: 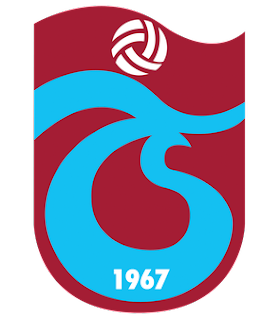 Bad. Ass. Love the colors and the curves of it and, they've got a cool nickname: Karadeniz Firtinasi...  the Black Sea Storm. (Also: Bad. Ass.) They came into being in 1967, after a merger of several local clubs that dated back to the 1920s. (According to this, two of the old clubs, Idmanocagi and Idmangucu had a rivalry that was 'equal to the Fenerbache and Galatasary rivalry.' That's pretty damn impressive.)

The Super Lig itself seems to have a similar structure to the Premier League. The season runs August to May, all eighteen teams play each other home and away. Three points for a win, one for a draw, none for a lost. Tiebreakers include total points, then head-to-head record, then goal difference and then goal scored. The team with the most points at the end of the season wins, lowers three teams get relegated to the 1. Lig division and the the top three teams from 1. Lig get promoted. (They've even got a playoff system in the 1. Lig. So yeah, this is pretty much exactly the structure of the Premier League.)

I'm excited about this season and learning a little more about the Turkish Super Lig!

Hawkeye Football Predictions:Well, we keep losing players for various reasons, two for unspecified team violations, one for an OWI and another for an unfortunate public intox, so the Northern Illinois game just got potentially very interesting. Half of these predictions will probably be wrong, but who cares. It's fun:

Northern Illinois: W, but with a '?' behind it now because we're down four players due to suspension.

Iowa State: L, this is more of a coin flip than people think, so I could easily be wrong here, but they're getting better. One of these years, they're gonna get it and it might be this year.

Northern Iowa: W
Wisconsin: L, but I wanna believe. If it's a night game, anything is possible.
at Minnesota: W
at Indiana: W
Maryland: W
at Penn State: L
at Purdue: L, because we always lose to someone we have no business losing to. This year that could easily be Minnesota, Indiana or Illinois, but I'm going with Purdue, because I don't think they're going to be an easy out for much longer.
Northwestern: W
at Illinois: W
Nebraska: W

I have them going 8-4, which seems about right. Depending on how the chips fall, it could be higher and it could be lower, but we'll see how the season shakes out. It's going to be an interesting one, that's for sure.

Arsenal: Well, the post-Wenger era is underway. Arsenal lost 2-0 to Manchester City to open the season. I have no idea what they're going to look like and how they're going to be this season, but... there's the outline of something there. If Emery is really about coaching players up, he's got a respectable baseline and room to improve and really, that about all you can ask for at this point.