This Week In Vexillology #216

June 10, 2017
I'm getting tired of filling in my Lost Weekends In Vexillology (plus, I did Argentina and Uruguay and few weeks back and totally forgot about this important debate going on in Argentina between sky blue and ultramarine) so I had to do some thinking, before it finally hit me! It's Pride Month! So, whipped out my Wikipedia and discovered that not only does the original Pride Flag have some solid symbolism behind it, but holy cow does the LGBTQ community have a lot of flags! So, in honor or Pride Month, let's take it from the top: 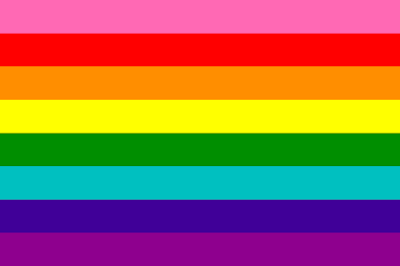 Surprise! The original Rainbow Flag was designed by Gilbert Baker in 1978 and it had eight stripes and not the usual six that's been popular since 1979. Hot pink was removed due to fabric unavailability at the time (which knocked it back down to seven stripes) and then Indigo and turquoise were combined and changed to royal blue, which is what gets us down to the six color version seen most often today. (Vertical hanging also played a role in dropping the number of stripes to an even number, because the central stripe would often be obscured by a post.)

Each stripe/color combo has a meaning: Hot pink stands for sex, red for life, orange for healing, yellow for sunlight, green for nature, turquoise for magic/art, indigo for serenity and violet for spirit. What I don't know is if the meanings shifted as the flag was modified...  can't seem to find any info on that for whatever reason. I'm assuming with hot pink gone, then sex is out. But do turquoise and indigo combine for a royal blue stripe of magic/art/serenity? 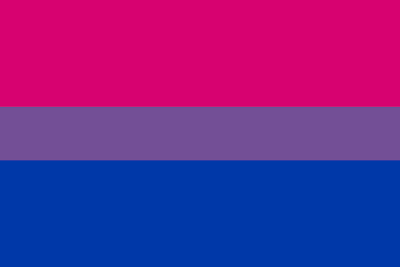 Not attracted to anyone and proud of it? There's an Asexual Pride Flag:

(Can't find the meaning of the colors. Sorry. I'll keep looking though.)

Transgender? There's a flag for that: 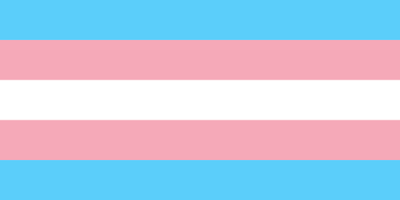 Created by Monica Helms in 1999, the light blue stripes are the color for baby boys, the pink for baby girls, the white stands for intersex, neutral or undefined gender. The nice thing about this design is that it's correct no matter how you fly it.

Pansexual? There's a flag for that:

The pink stripe stands for women, the blue for men and the yellow for non-binary genders.

Intersex? There's a flag for- well, you get the idea:

Created by the Organization Intersex International Australia in July of 2013, the goal of creating a flag for this community was to create a flag that is "not derivative, but is yet firmly grounded in its meaning." They were aiming for a symbol without pink and blue gendered colors- yellow and purple are described as hermaphrodite colors.

There are more, oh so many more Pride Flags out there- but I feel like this is a good sample. To those that celebrate, Happy Pride Month! And for everyone else, Flag Day is right around the corner (a special, Wednesday edition of This Week In Vexillology) and then we head into a two week Summer Hiatus.

So remember, until next time- keep your flags flying, FREAK or otherwise!