This Week In Vexillology #160 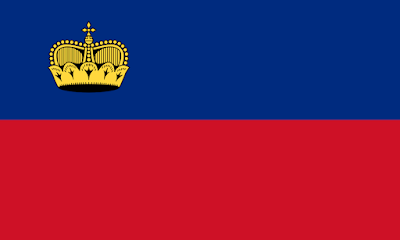 This Week In Vexillology, we're still in Europe. (Almost done, I swear) but we're also looking at another one of those countries that sort of surprise me- namely the Principality of Liechtenstein. Sandwiched between Switzerland and Austria, the country was created in 1719 as part of the Holy Roman Empire. (Weirdly, the newly minted Princes of Liechtenstein didn't actually get around to visiting the place for 100 years. When they finally got around to it in 1818, they left again and didn't come back until 1842. All of which makes me wonder a little bit about Liechtenstein...  or it's Princes for that matter.)

World War One forced the country into a customs and monetary union with Switzerland- but it seems to be the end of the Austro-Hungarian Empire that really secured their independence as it was felt that since Liechtenstein was a fief of the Holy Roman Empire, it was no longer bound to the emerging, newly independent state of Austria. (I think I'm getting this right. It seems a little confusing. They were sort of part of Austria-Hungary, but not? And then they were sort of part of Switzerland, but not?)

Anyway, their flag: pretty basic- and despite last week's little HTML snafu (weirdly the borders I put around the flags showed up in 'compose' mode, but not in 'published' mode. I'm still puzzling it out.) The flag was adopted for national and civil usage on June 24, 1937. The red and blue have been colors of the country since the 18th Century and the crown was added in 1937 to distinguish their flag from the flag of Haiti, after some confusion at the 1936 Olympic Games in Berlin. Fun fact: it can be hung vertically or horizontally but the crown always remains upright.

That's the flag of Liechtenstein! Remember, until next time keep your flags flying, FREAK or otherwise!