This Week In Vexillology #301

February 08, 2020
Well, guess what? We've finally reached the end of our Lost Archives. It's taken us I don't know how long to get here, but we're down to the last official entry and a bonus one I stumbled across and thought would be a good idea.

Our first offering, comes to us courtesy of the Scottish Independence Referendum-- the prospect of Scotland leaving- and this was well before Brexit and the mess that followed- raised the interesting question: what was going to become of the Union Jack without Scotland? This 2014 article from the Atlantic floated several possible designs and these three were my favorite:

First, giving Wales some love. Wales is the only Constituent country of the United Kingdom not to be represented on the Union Jack. It's kind of hard to sneak a dragon in there, but as it turns out there are some pretty decent opportunities to get Wales in there. There's this one: 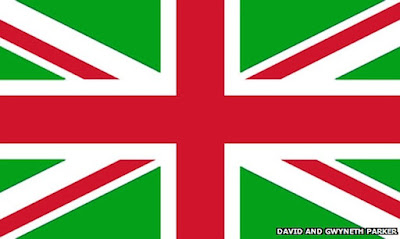 I kind of dig this one for it's simplicity. You're changing out blue and replacing it with green. Should be pretty easy to do overall. But-- the whole thing with the Welsh flag is the dragon on the green hill, which is why I kind of like this one better: 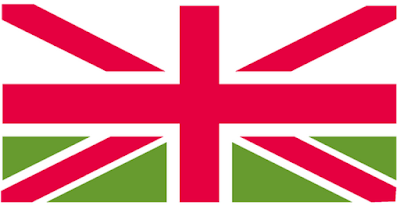 Now this is more of an integration of a Welsh flag than throwing Wales a bone and adding some green. Again-- no way to work the dragon in there, but it's a better integration than our first choice, I think. Happily our third choice also provides better Welsh representation than choice number one. 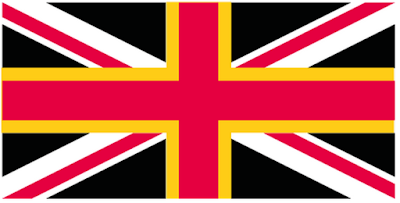 Black, red and yellow? A little too German for your liking? Well think again-- because if we're dealing with Saints and their crosses (St. George/St. Andrew/St Patrick combine for the current configuration of the Union Jack) then another way of bringing Wales into the picture is to add Saint David's flag to the mix.

Now granted, a lot of stuff  has happened since 2014 and the referendum. Scotland might go for another one so all this could become very relevant again, but for right now, it doesn't seem like an immediate prospect. In the meantime, if it does happen- the UK has some pretty solid options for any potential post-Scotland flags.

Next up: the Knights of Malta. Here's the fascinating thing I didn't know about the Knights of Malta. They're an organization. Specifically, the Sovereign Military Hospitaler Order of Saint John of Jerusalem of Rhodes and of Malta. It's quite a mouthful, btu they're more or less an NGO. They've provide assistance to children, homeless, handicapped, elderly, terminally ill people, refugees and lepers without distinction of ethnicity or religion. They're also active in disaster relief, but here's the interesting twist: the Sovereign isn't just for show. They're an organization that's also kind of a country at the same time? They can issue their own passports, enter into treaties and have observer status at the UN.

Here's their flag (and a variant too, just for good measure): 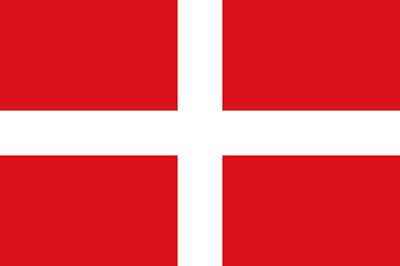 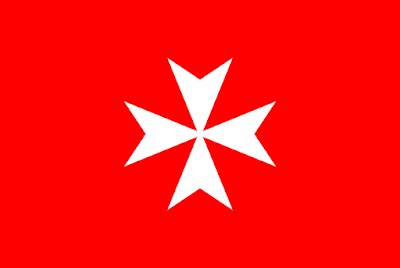 So the banner of the Hospitalers was first introduced in 1130 on the order of Pope Innocent III- it's a deliberate disambiguation from the Templars who used a banner with the reverse colors (a red cross on white). The eight pointed  cross also emerged around the 12th Century under Raymond du Puy that gradually evolved into the Maltese cross by the 1500s. Not the most exciting flag I've ever seen, I'll grant you but certainly one of the most interesting organizations I've ever come across.