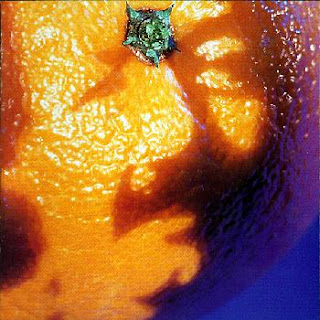 So, true confession time: I had never listened to a single Phish album before I listened to this one. I don't know what it was- whether it was the fact that Dave Matthews was more radio friendly and I never listened to alternative college radio back in the day so Phish was just one of those bands I just assumed was tasty and delicious like the ice cream and never actually sat down and listened to them. But I decided that no survey of music or albums or whatever the hell this thing I've been trying to do for seven years now is would be complete without listening to one Phish album, so one Google search for 'where should I start with Phish' and one Reddit thread later, I found myself listening to A Picture of Nectar, which, I was surprise to learn was their first major studio release.

(Wiki-Tangent: they've been kicking since December 1983, three months after I was born. And in a weird twist of something- fate, perhaps? My family would begin our long, strange American odyssey the next year just 90 miles away in Hanover, New Hampshire.)

First impressions: well, it's... good. It's not, 'where has this been all my life good' but it's good. I dig it. I can see why so many people gravitated to Phish from bands like the Grateful Dead-(though actually, upon further reflection, I hear more Santana in this album than the 'Dead) very much a jam band, sounds- there's elements of all kinds of music at play here- from rock n'roll to jazz and jazz fusion and genres and sub-genres I haven't even heard of, much less explored in any meaningful way. 'Poor Heart' is the first track that really sort of changes things up in the album- going from a jam band to sort of an old school, bluegrass kind of sound. Then things get a little jazzier with 'Stash'- the next track is a Dizzy Gillespie cover ('Manteca').

I also dig the Latin flavor on this album- there's more and more Santana flavor to it the deeper you get. So while 'Guelah Papyrus' was more of a jam/jazz track, 'Magilla' seems to serve as a nice instrumental bridge to 'The Landlady' which turns into a jam, but not after some nice Latin beats. (And by the way: if it sounds like I'm talking out of my ass about this stuff, it's because I am. Once I hit #100 on this ludicrous adventure, I'm tapping out and leaving music commentary to the experts, because I am not it.)

'Glide' sort of jumped out at me late in the album. It's got a nice beat. I dig it. 'Tweezer' on the other hand lost me a little bit- I mean, I get it, they're a jam band, so jams are to be expected, but there's such a thing as a wee bit much of a good thing and after awhile this just sort of faded into randomized noise and I just lost interest. 'The Mango Song' was pretty good and didn't meander as much as 'Tweezer' did. 'Chalkdust Torture' changes things up again with more of a rock beat. If there's a jam/instrumental track that I like the best on this entire album, it's probably the last one, 'Tweezer-Reprise' which is one hell of a culmination of a wild, crazy trip of an album.

Overall: First Phish was a good Phish experience. I loved how eclectic this album managed to be and while some of the jams lost me a little bit, others kept me fully engaged and on board. Will I try more Phish in the future? I think there's a pretty good chance of that. *** out of ****.