This Week In Vexillology #198

January 28, 2017
I have a problem. I've being doing this for pretty much 198 weeks now- which, holy shit, almost adds up to four years straight and finally...  finally, at long last, I think I'm starting to run out of flags. I'm working on something big for #200 a couple of weeks from now, but in the meantime, what are we going to do until then?

Well, on tap today, a nice trio of micronations! 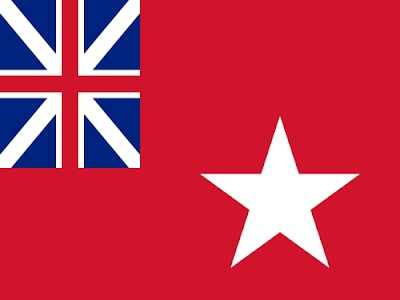 First up, the Dominion of British West Florida! Yes, it's a thing... it's got it's own website, but basically this micronation was founded in 2005 to try and reassert British rights over the region and get Dominion status within the British Commonwealth within the United States (the website is sort of aiming for a similar status to that of Native American Reservations and other Tribal Nations?) I guess it's issued stamps, metal coins- issued in pre-decimalization pounds!

So what's the deal with this? The founders assert that the US annexation of the region was illegal because when King Charles IV of Spain was removed from office it invalidated the Treaty of Paris which is what gave the United States legal claim to annex the region in the first place- and the region then defaulted back to the United Kingdom. The kicker? This interpretation of events isn't supported by any mainstream historian.

Next up, Freetown Christiania! 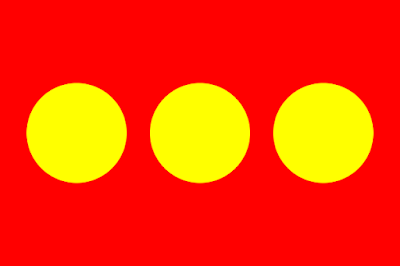 This place is actually fascinating- an autonomous neighborhood of Christianshavn in Copenhagen, it's been around and kicking since 1971 when people moved into the site of an old military barracks and turned it into an anarchist commune of sorts that was sort of loosely tolerated by the local authorities until around 2004 or so when negotiations began to normalize the legal status of the community. Officially, it's classified as an anarchist community- but it's overall spirit draws from the hippie movement, the squatter movement, collectivism and anarchism. It's official mission statement:


The objective of Christiania is to create a self-governing society whereby each and every individual holds themselves responsible over the well-being of the entire community. Our society is to be economically self-sustaining and, as such, our aspiration is to be steadfast in our conviction that psychological and physical destitution can be averted.

The flag is a red banner with three yellow discs which represents the dots of the 'i's in Christiania- they also stand for the 'o's in 'Love, Love, Love' which is their slogan. The colors were chosen by random chance- when the squatters took over the military base, they found a large amount of red and yellow paint. (Oh and if you're like that '7 Years' song or 'Mama Said' well, the lead sing of Lukas Graham was apparently born in Christiania.) 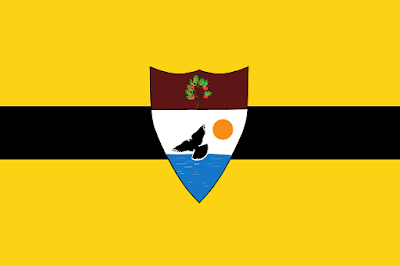 Founded in 2015 after a member of the Czech Parliament took advantage of a long simmer border dispute between Croatia and Serbia and found a little parcel of land unclaimed by both sides, Liberland is the world's newest micronation and it's off to kind of a rough start. I don't think anyone actually lives there yet, and despite it's libertarian creed (which is appealing.) It's got a website, a place to apply to be a citizen and...  literally no information about it's flag.

Seriously. Major fail, Liberland. There's nothing on it's Wikipedia page- and while yellow is the traditional color associated with libertarianism, I've got no idea what the heck is up with the shield in the middle. Don't get me wrong: it's a striking flag. I dig it. I'd just like to find out what it's all about. I did find a Podcast episode all about it over at Slate- and it turns out they had the full 4-11 on what this flag is all about, so h/t to Slate for that. Basically:

I guess they created their flag first and then went and found the territory. Okay. Cool.

The Shield breaks down like this: the blue is for the Danube River, the bird is for freedom, the tree for abundance and the sun for energy.

The Colors are pretty simple: yellow for capitalism and black for rebellion.

And that's the flag of Liberland- which REALLY should be explained on your official website, people. Come on now! (To be fair: it might be on there somewhere- but if it is, it wasn't obvious to the eye. And this is the sort of thing you shouldn't have to dig for IMHO.)

But there you have it- a trio of micronations! Remember, until next time, keep your flags flying- FREAK or otherwise!