This Week In Vexillology #174

July 23, 2016
Well, I was hoping I could embed this, but for some reason I can't, but who cares? (Great movie and this clip makes me laugh every single time.)

While we're not taking the road to Dushanbe This Week In Vexillology, we are taking the Road to Tashkent with one of the Asian Stans that we haven't (for some reason) gotten around to yet. If you were wondering just which Stan, well, it's the Uzbeki one: 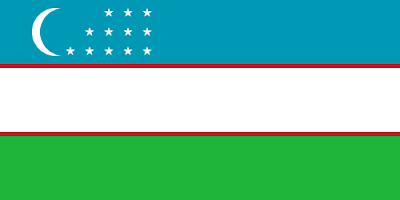 The flag of Uzbekistan was adopted on November 18th, 1991 for civil and state usage following the collapse of the Soviet Union- they were the first of the Asian Stans to lock-in a new flag, declaring independence on September 1, 1991 and getting a new flag by mid-November. Happily, there's lots of symbolism for us to break down here:

The white stands for peace and unity, while the blue represents the water and the sky- and is also alluding to the flag of Timur, who ruled over the area in the 14th Century. Green officially stands for 'nature and fertility' but might also represent Islam and the thin red stripes are for the 'life force' within everyone. The crescent at the canton stands for 'the rebirth of Uzbekistan as an independent country' and for the Islamic faith of 88% of the country's population. The twelve stars are for the months of the Islamic calendar as well as (and this is sort of a weird combo, to me) the twelve signs of the zodiac.

Uzbekistan is actually doing pretty well, actually. They had some issues with inflation post independence, but they've been growing like crazy and are in the Top 26 of the worlds fastest growing economies in the next few decades. Seems like an interesting place to visit... granted, the government probably isn't the best. Censorship is pretty common and Reporters Without Borders has named the place 'Enemy of the Internet.'

So, that's the flag of Uzbekistan! Remember, until next time, keep your flags flying- FREAK or otherwise.