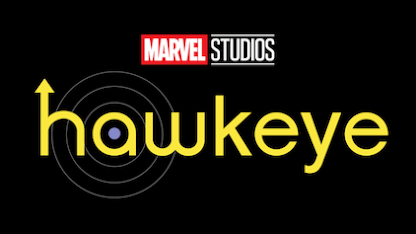 Since the inception of the current Marvel universe, I've always been sort of fascinated by the character of Hawkeye-- not just his on-screen portrayal (Jeremy Renner) but as the MCU took hold and began to expand, I spent some time acquiring comics and graphic novels and digging into the origin of a few of these characters here and there. I actually have the Matt Fraction/David Aja run on Hawkeye-- which is where the series draws many of its plotlines and overall milieu.
(I'm going to allow myself a minor parenthetical here: I did get on the pull list of our local comic store for a bit, but I was a bad customer and could never make it down there enough to pick up my stuff on the regular. But, I do have a decent long box worth of various comics and a half-decent collection of graphic novels to boot-- two of my favorites from this era? Darwyn Cooke's The New Frontier is a beautiful origin story for multiple D.C. heroes and gorgeously drawn to boot and... Matt Fraction/David Aja's run on Hawkeye, which is a perfect 'street level' view of the adventures of Marvel's favorite archer with more beautiful art to boot!)
But! Back to Hawkeye!
The premise is delightfully simple: a year after the events of Avengers: Endgame, Clint Barton gets drawn back into his past as Ronin and winds up partnering with Kate Bishop (Hailee Steinfeld) to confront his enemies and hopefully make it back home for Christmas with his family.
The series opens all the way back in the first Avengers movie in 2012, during the Battle of New York, where a young Kate Bishop sees Clint Barton battling the Chitauri and decides to be a hero like him when he inadvertently saves her life. Flash forward to the present and Barton is spending time with his kids in New York for Christmas, taking in a Broadway show based on the Avengers exploits, while Bishop, (rich, privileged, huge fan of archery and investigating things that get her into trouble) is attending a charity auction, where she learns her mother Eleanor is getting married to Jack Duquense. Somewhat upset by the news, she wanders away and finds a black market auction for items recovered from the remains of the Avengers compound.
The Tracksuit Mafia crashes the auction, attempting to steal a watch- Duquesne steals Ronin's sword, but Bishop gets Ronin's suits and defeats the mafia members while wearing it. She rescues a stray dog (Lucky the Pizza Dog) and escapes to her apartment before tracking down Armand and finding him murdered by the Tracksuit Mafia. For his part, Barton has caught wind of Ronin's return and, realizing that there are enemies that would be looking for him and shows up in time to rescue Bishop from the Tracksuit Mafia.
Reluctant partners (at first), soon Bishop and Barton are working to uncover the depth of the conspiracy and racing against time to find out who is after the Ronin, who killed Armand, and hopefully get Clint back home to his family in time for Christmas. (And yes, I'm going to be that vague about it because of spoilers. Watch for yourself- if you haven't already!)
At six episodes, Hawkeye is a nice, easy watch. Barton and Steinfeld bounce off each other quite nicely, the plot keeps the action moving along at a nice brisk clip and Marvel's penchant for hidden cameos and big reveals is deployed with its usual effectiveness. I love the fact they set this over the holidays as well- there's something about mystery/thrillers/noirs that even with a light comedic sprinkle over the top just works when it's set around the holidays. I don't know why, but it does-- and Hawkeye is no exception. It would be nice to see these two together again, but if not, then Renner effectively passes the baton to Steinfeld to make her the new Hawkeye. My Grade: *** 1/2 out of **** 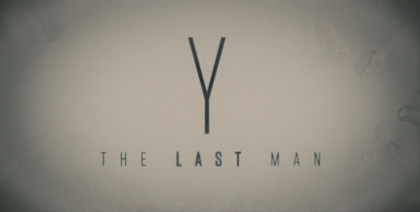 Y: The Last Man, I'm still bummed about. It lasted a single solitary season over at FX and there were some rumors it could land at HBO Max, but alas, that doesn't seem to be happening, so we got one season of this show. Based on the excellent comic book series of the same name by Brian K. Vaughan and Pia Guerra, it takes place in a post-apocalyptic world where a mysterious event simultaneously kills off every mammal with a Y chromosome except for one man, Yorick Brown (Ben Schnetzer) and his male pet monkey Ampersand.
The first season hews pretty closely to the opening volumes of the series. Yorick survives somehow. His mother, Jennifer Brown (Diane Lane) has become President and when she learns of this, she sends Agent 355 (Ashley Romans) a member of the Culper Ring to find him, keep him safe and find the foremost geneticist left alive, Dr. Allison Mann (Diana Bang) to see if she can figure out why he survived and, more importantly, figure out if his survival can help them figure out how to propagate the species now that all the men are dead.
Yorick also has a sister, Hero Brown (Olivia Thirlby) who is a paramedic in New York City when the event happens-- she also winds up accidentally stabbing the man she's sleeping with (who's married and a fellow paramedic) but in a case of fortunate timing she does this literally as the catastrophe/event/whatever is killing all the men. She carries around a lot of guilt in the aftermath of that and as she and her friend Sam (Elliot Fletcher) a trans man and her best friend try and get out of New York and head down to Washington D.C. to find her mother, they run into Roxanne, (Missi Pyle) who is the leader of a survivalist cult named the Daughters of Amazon.
While President Brown tries to stabilize the government and settle down competing claims for the constitutional line of succession (she does so by season's end), 355 and Yorick eventually find Dr. Mann only to find that her functional lab is across the country in San Francisco. They start their trek across the country when they meet Hero and the other Amazons and, upon discovering her brother is alive, she tells him to run.
There were some changes from the series-- mainly dealing with the whole trans issue, which is absent from the comics-- but none that bothered me that much. In fact, for all its reported troubles of actually getting to screen what we ended up with a solid, faithful adaptation of the series. It's a bummer it didn't last night and no one saw the potential in it, because there were some interesting storylines that we could have seen in subsequent seasons. It's a series worth tracking down if you haven't already, but in the meantime, raise a glass for a show that is gone too soon. My Grade: **** out of ****